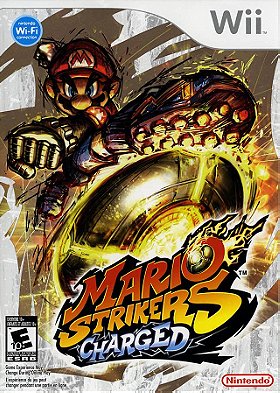 60 votes
All The Video Games I Have Beaten In My Lifetime (1129 items)
list by Silver Falcon Soul
Published 3 years, 6 months ago

Besides the usual soccer moves like passing the ball or tackling another player, the team captains can perform Mega Strike shots which can be stopped by the opponent's keeper by pointing the Wii Remote at the ball. Throughout each game the player receives items like bananas or bombs used to hinder the opponent. There are also unique character items for each team captain. For example, Mario will temporarily grow to Super Mario to crush his opponents.

Silver Falcon Soul added this to a list 3 years, 6 months ago

darknesslord27 added this to a list 3 years, 9 months ago
Videogames (199 games items)

Fluffy el Artista added this to a list 5 years, 9 months ago