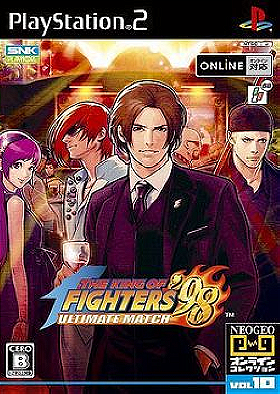 View all King of Fighters 98: Ultimate Match pictures
Originally created as a "dream match" for players to pit their favorite KOF characters against each other, the Ultimate Match edition of KOF '98 takes that one step further by introducing new features such as new characters, game systems, game modes, stages and soundtracks not seen in the original. KOF '98 Ultimate Match contains 64 characters, 10 of which are new to the Ultimate Match version. This is the largest assembly of characters ever included in one KOF game.
Manufacturer: Ignition Entertainment Ltd
Release date: 1 March 2009
Number of discs: 1
EAN: 0893384000199 UPC: 893384000199
My tags: