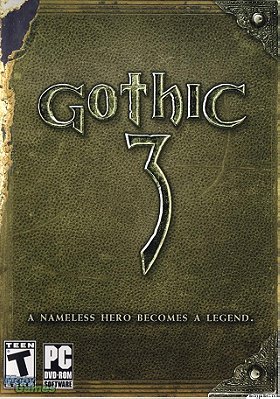 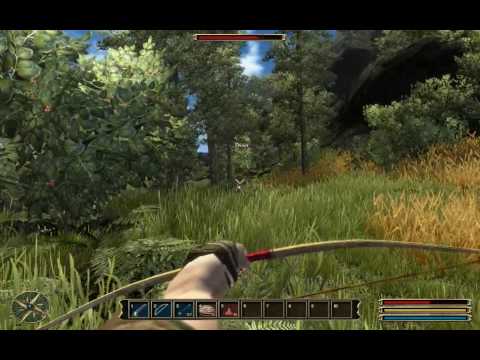 In Gothic 3 you've now reached the kingdom of Myrtana and despite the efforts of the mining colony on Khorinis, the orcs won the war and enslaved the humans that wouldn't acknowledge their rule. There are now three main factions on Myrtana: The rebels who are still loyal to King Rhobar and want to defeat the orcs, the orcs themselves and the mysterious assassin-guild of which no one really knows for whom they work. During the game you need to choose which side you are on and help them to fulfill their goal.

To make things even more difficult, all rune-magic has disappeared from the land. Only the magic of the ancients still works but for that you need to find the magic scrolls well hidden across the land. Your goal is now to find out what happened on Myrtana and find Xardas as there are rumors which say that he's the one who helped the orcs win the war and some even say that he is the one behind the disappearance of the rune-magic.

To do so, you're free to roam the world from the start (even so it's not wise since many animals will eat you for breakfast). You begin your travel in a small town in Mittelreich which you just helped defend against the orcs, in the north you can find the icy region of Nordmar and in the south there's the desert of Varant, where the assassins chose to live.

The game is much like its predecessors. So you still have to level up your hero, learn new skills and talents with the learning points (and much gold) you get at each level-up or invest them in current skills so that you can e.g. fight better with a one-hand sword.

Since in Gothic 2 you defeated everything from a Bloodfly to a Undead Dragon on the island of Khorinis, in Gothic 3 you start your life already as a full grown hero and a good weapon called Orcslayer. But, you're still far away from really beating the hell out of anyone in Myrtana. So on your way through the main storyline, you can also complete many side-quests for even more experience, gold and better items.

Besides the whole new graphics-engine, the main difference to Gothic II is the new fighting system. You've now many more combos available and it is fully controlled by two mouse-buttons instead of the old, keyboard-control-system. But if you preferred the old system, you can easily remap your layout. For the first time in the Gothic-series you can now also use shields for better blocking. Additionally there are way more talents to learn for which you need to increase your basic skill in that area. For example if you want to learn the "Pick heavy lock"-talent you need a thief-skill of at least 30. ... (more) (less)
Manufacturer: Deep Silver
Release date: 11 October 2006
Number of discs: 1
EAN: 9006113133018
Tags: RPG (4), Fantasy (2), PC (2), 2006 (1), Completed (1), Steam (1), Open World (1), Piranha Bytes (1), PC Master (1)
My tags: