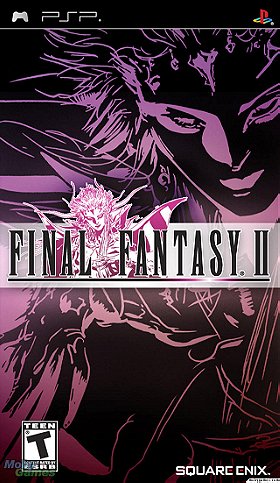 Ashley Winchester
Once one of the "forbidden treasures" never launched outside of its port of origin, Final Fantasy II - the real Final Fantasy II - first saw daylight in the west as part of the 2003 Origins package. That version, which is closer to the original than what's presented here, showed everyone (outside those who hadn't been lured into checking out fan translated ROM images of it years earlier) why it wa... read more
View all Final Fantasy II Anniversary Edition reviews
When Final Fantasy II was released in 1989, it was seen as a triumph in gaming. One of the first games to be appeciated for both its incredible graphics and immersive gameplay, Final Fantasy II was a fully-developed game world, one that surpassed even the amazing Final Fantasy I. Now this remastered new version comes to your PSP, with updated graphics and new content.
Manufacturer: Square Enix
Release date: 24 July 2007
EAN: 0662248907048 UPC: 662248907048
Tags: RPG (2), Final Fantasy (2), Square Enix (2), Fantasy (1), Remake (1), Turn-based (1), Psp (1), Turn Based (1), Enhanced Remake (1), Rated T (1), NES Remake (1)
My tags:

harmacists added this to a list 5 years, 10 months ago

Yokihana added this to a list 6 years, 6 months ago
Gaming successes (89 games items)