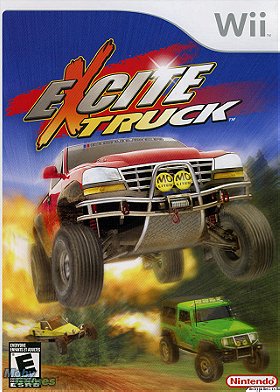 58 votes
All The Video Games I Have Beaten In My Lifetime (1055 items)
list by Silver Falcon Soul
Published 2 years, 5 months ago 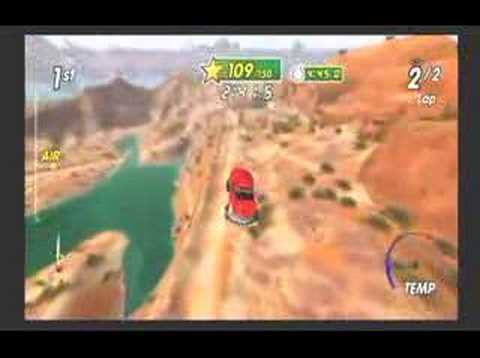 Like its predecessors, Excite Truck is a racing game pitting you against multiple opponents or other players. Players have the ability to play in tournaments against NPC's to unlock medals, play head to head, or play a single-player special mode. Single player features a mode that allows players to go up against computer-controlled trucks in a competition with two branching difficulties across 4 medal challenges (bronze, silver, medal, platinum). The multiplayer head-to-head also allows for two players to race their trucks against each other, but without the use of the other NPC trucks. Special modes include a slalom challenge, a leap-through-rings jumping challenge, and a demolition derby. Players race on outdoor tracks in a number of locales from Fiji to Scotland. The map is littered with obstacles such as jumps, water hazards, and cliffs to impede your progress.

Instead of using a traditional joystick, the game is specifically designed around the Wii remote's motion sensing ability. The controller is held sideways without the nunchuk attached, like a steering wheel. Players tilt the controller left and right to turn their truck. In the air, players can tilt the remote back and forth to lean their truck forward or backwards. The #2 button is used for gas, and the D-pad can be used for a turbo.

The term "Excite" is not just used to make the game look like the sequel to an old NES classic. Excite Truck features a complete loss of realism, emphasis on turbo, and chaotic game play. Players have the ability to push their truck's speed far past physical limitations, and jumps can be used to achieve jump heights akin to the N64 game San Francisco Rush. Simply by picking up icons, players or even NPC's can reform the land to make shortcuts and ramps. The game encourages the players' use of turbo, and even emphasizes chaotic driving through its overuse. Some stunts may even be rewarded by more boost or a power-up.

redComicsar added this to owned list 1 year, 7 months ago

Silver Falcon Soul added this to a list 2 years, 5 months ago

megamancheese added this to a list 4 years, 8 months ago
My Current Wii Collection (37 games items)

Miia added this to a list 5 years, 7 months ago
Game Collection (99 games items)