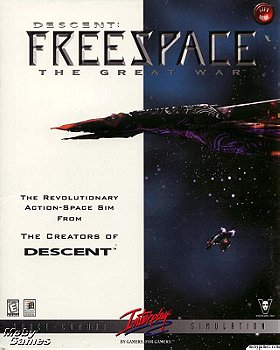 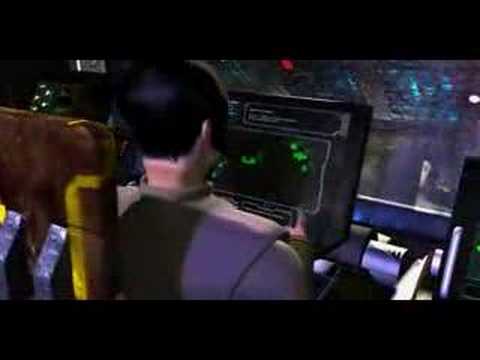 Freespace is a new chapter in space dogfight sims. The graphics are bigger, better, with more weapons and missiles/bombs. The capships in this game are truly HUGE (kilometers long, compared to your puny fighter). It also has true online multiplayer that puts it heads and shoulders above the rest. Take fighters and bombers on attack, recon, escort, and sweep missions against enemy capships and fighters/bombers. Defend your own capships and other assets... Your rating and performance is noted after every mission, with suggestions (if applicable). You can call in reinforcements (if available), and your wingmen actually do fight intelligently, as there can be dozens of fighters flying about.The introduction movie serves as a prologue, giving players an idea of the story right from the start. It establishes a Terran-Vasudan war, and gives a short glimpse of the fearsome alien Shivans. The player flies several combat missions against the Vasudans before encountering advance elements of the Shivans, who attack the two races indiscriminately. Unable to target or even damage the Shivans with their primary weapons, players must embark on several missions for the new Terran-Vasudan alliance to catch up with the Shivans' technological superiority,[16] while fending off a Vasudan death cult, the Hammer of Light.[17] The player becomes instrumental in capturing the Shivan cruiser SC Taranis.[18] The promise of rewards for capturing the Taranis turns out to be a MacGuffin. Its capture only serves as an introduction for the game's main boss, the Shivan superdestroyer SD Lucifer. The Lucifer makes its entrance by destroying the captured Taranis and many other allied ships, putting an end to the encouraging mood which was being built up until then. At certain points during the campaign, monologues by members of an extinct race, the Ancients, are told in pre-rendered cutscenes.[20] With an undertone of sadness, they detail the Ancients' encounters with the Shivans millennia ago, suggesting the long history of the Shivans' actions, and their effects on developing sentient species.[21] They also foreshadow the destruction of a homeworld and, more importantly, reveal the secret to destroying the Lucifer.[22] The destruction of the Lucifer in the subspace between the Sol and Delta Serpentis jump nodes marks a twist in the ending; the subspace corridor is destroyed and Sol is cut off from the Terran survivors outside who must face the possibility of meeting the Shivans again.[23] The expansion Silent Threat continues the story in a straightforward manner. The player joins the Galactic Terran Intelligence (GTI) while the Terran-Vasudan alliance is in a fragile state, and is told to preserve the alliance by ruthlessly pacifying rebellious elements and fending off remnants of the Shivan forces.[24] However, it all turns out to be a cover-up,[25] as the GTI is plotting a coup,[26] and has constructed a Terran-Shivan hybrid superdestroyer of their own, the GTD Hades, which the player must destroy ... (more) (less)
Manufacturer: Interplay Productions
Release date: 1 June 1998
Number of discs: 1
EAN: 0040421362738 UPC: 040421362738
Tags: Action (2), 1998 (2), Simulation (2), GOG (2), Sci-fi (1), Shooter (1), PC (1), Flight (1), Space Shooter (1), Volition (1), Combate Espacial (1), War Interestelar (1), Game 1998 (1)
My tags:

davidf added this to wanted list 4 years, 1 month ago