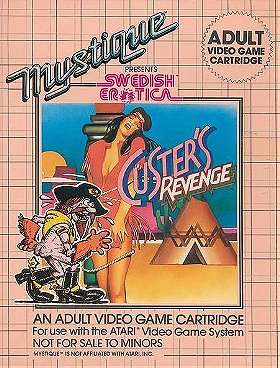 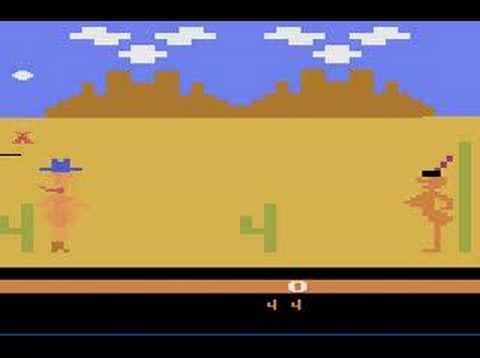 There's little to defend in Custer's Revenge, other than the fact that it serves as a remarkable example of just how early video game controversies existed and how controversy alone can sometimes make a game--but not always. The Atari 2600 game shipped in the early '80s and pushed all the wrong (or possibly right) buttons. The gameplay, graphics, and technical merit of the game were so bad, that were it not for the explicit nature of the game, it's doubtful anyone would even remember it.

Being that console games were so new to the public, angry protesters and disenchanted parents weren't entirely sure where to point their fingers in the case of Custer's Revenge. Many pointed at Atari, holding the console maker responsible. According to Moriarty's article, Atari filed a lawsuit against AMI/Mystique for "wrongful association" of Custer's Revenge to the Atari 2600. ... (more) (less)
Release date: 13 October 1982
Tags: One Of The Worst Video Games Of All Time (1)
My tags:

Fluffy el Artista added this to a list 3 years, 4 months ago

Elusuariodiverso rated this 1/10 4 years, 11 months ago

Super Warioman rated this 1/10 5 years ago