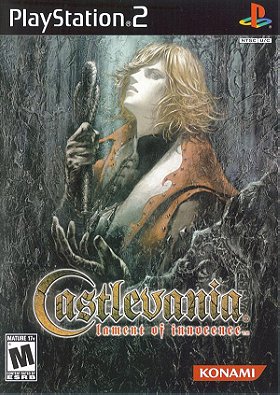 However, with the reforms of the late 11th century, knights became the protectors of the peace.

They valued courage and honor, fighting heretics and heathens in God's name.

In this age, one company of knights was said to be invincible due to two men:

Leon Belmont, a courageous man who feared nothing and whose combat abilities were second to none, and Mathias Cronqvist, a genius tactician, whose learning made him an exception in a largely illiterate society. They trusted each other completely, and they were bound by an old friendship.

However, sorrow awaited Mathias upon his return from a victorious campaign.

It was news of the sudden death of his beloved wife, Elisabetha.

Mathias' grief was profound and he became bedridden.

A year has passed since then.

Thanks to Leon's efforts, their company remains proudly undefeated.

However, a mysterious army of monsters suddenly appears in Leon's domain.

The Crusades are raging in the East, and since the Church is focusing on fighting heathens rather than monsters, it has forbidden unauthorized battles. Leon wants permission to sortie, but the Church has no intention of granting it.

One night, Mathias struggles from his sickbed and tells Leon that the appearance of the monsters is tied to a vampire, who has a castle in the Forest, called Eternal Night, and that Leon's betrothed, Sara, has been kidnapped and brought to that castle.

Leon realizes that he must renounce his title to rescue his beloved.

CPeavey added this to a list 6 years, 6 months ago
Completed Games (864 games items)

Digital Palette added this to a list 6 years, 7 months ago

"Completed this game 100%. This is my all-time favorite Castlevania game."