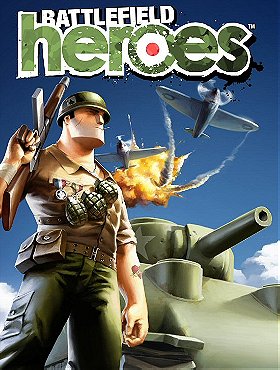 View all Battlefield Heroes pictures (2 more)
Heroes is the first Battlefield game to be released under Electronic Arts' new "Play 4 Free" model, which will see the game released for free with revenue generated from advertising and micropayments. Advertisements will appear on the website and the 'front-end' of the game although none will appear in-game, while micropayments may be made for additional items to customize the appearance of players' avatars supposedly without any gaming advantage. However, purchasable BattleFunds can be used to redeem rate boosts to experience points.
Release date: 25 June 2009
Tags: Online (1), Freeware (1)
My tags:

Elusuariodiverso rated this 5/10 4 years, 5 months ago

ghostof added this to a list 5 years, 2 months ago
PC Gaming (281 games items)