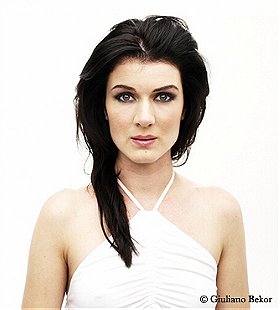 She is also featured in the CTV series Robson Arms for which she won another Leo Award for Best Supporting Performance by a Female in a Dramatic Series in 2007. Miller also had a recurring role on the television series Alienated during 2004, giving her the rare distinction of starring in three ongoing series during the same calendar year.

Miller's TV and film career dates back to 1993, and she has appeared in a variety of Canadian and American productions, including Highlander: The Series, The X-Files (where she played two different roles), Stargate SG-1, UC: Undercover, and Frasier. In 2002 she was a cast member on the short-lived American drama series, Breaking News.

The popular TV series Corner Gas made Miller one of the most popular Canadian actresses on television. In 2012 the cast reunited for a movie version of the show. She has also been seen in the television series NCIS, Cold Case, Breaking News, Frasier and The Outer Limits, and in the film Love and Other Dilemmas, Sisters and Brothers (2011) and Trading Christmas (2011). She co-starred in The Guys Who Move Furniture (2012) and had a recurring role in the third season of the TV series Call Me Fitz. Other film roles for Gabrielle Miller are in Mike Clattenburg's Canadian comedy Moving Day (2012) and in Vancouver-based actor/director Benjamin Ratner's first feature, Down River (2012).

Miller was born in Vancouver, BC. She trained at the Breck Academy for the Performing Arts in North Vancouver. She and her husband A.J. adopted a boy from Swaziland. She is active as a spokesperson for the Vela Microboard Association, which supports developmentally challenged people living in BC.

SciFiGeek4Life posted a comment on this image 12 months ago

tijtij voted for 5 images 1 year ago

MUZE voted for 9 images [View All] 1 year ago

Henny voted for an image 2 years, 7 months ago

perod voted for an image 3 years, 1 month ago

looksharp voted for an image 3 years, 1 month ago

parryj voted for an image 3 years, 2 months ago

looksharp voted for an image 3 years, 11 months ago

SomeBloke voted for an image 4 years, 5 months ago

apu11 posted a image 5 years ago