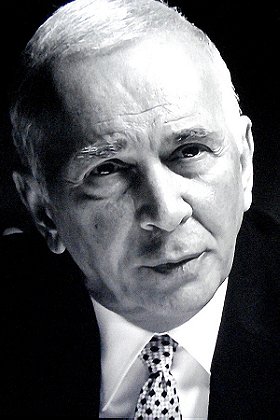 Langella appeared off-Broadway (in plays like the American poet Robert Lowell's The Old Glory) before he made his first foray on a Broadway stage in New York in Gacia-Lorca's "Yerma" at the Vivian Beaumont Theatre, Lincoln Center, on December 8, 1966. He followed this role by appearing in William Gibson's A Cry of Players, playing a young, highly fictionalized William Shakespeare, opposite Anne Bancroft at Lincoln Center's Vivian Beaumont Theatre in 1968, and won film fame in two 1970 films: Mel Brooks' The Twelve Chairs and Frank Perry's Diary of a Mad Housewife, being nominated for a Golden Globe Award for Most Promising Newcomer for the latter. Langella won his first Tony Award for his performance in Edward Albee's Seascape and 1975 and was nominated for another for what may have been the performance for which he was best known for in the early part of his career: the title role of the 1977 Broadway production of Dracula. Despite his initial misgivings about continuing to play the role, he was persuaded to star opposite Laurence Olivier in the subsequent film version directed by John Badham. He eschewed the career of a traditional film star by always making the stage the focal point of his career, appearing on Broadway in such plays as Strindberg's The Father (winning a Drama Desk Award), Match (Tony Award nomination), and Fortune's Fool, for which he won a second Tony Award.

But Langella would continue to juggle film and television with his stage work, playing Sherlock Holmes in a 1981 adaptation of William Gillette's play Sherlock Holmes. He repeated the role on Broadway in 1987 in Charles Marowitz's play Sherlock's Last Case. That same year, Langella would also portray the villain Skeletor in Masters of the Universe. In 1988, Langella co-starred in the film And God Created Woman. In 1993, he made a memorable three-episode appearance on Star Trek: Deep Space Nine as the devious Jaro Essa. He also appeared as Al Baker in "Dominance", a 2003 episode of Law & Order: Special Victims Unit and had a recurring role as Pino in the 2005 short-lived sitcom Kitchen Confidential. On film, he played Clare Quilty in Adrian Lyne's adaptation of Lolita and appeared as a villainous pirate in the summer 1995 release Cutthroat Island. His film work also includes roles in George Clooney's Good Night, and Good Luck (2005) as former CBS chief executive William S. Paley and Bryan Singer's Superman Returns (2006) as Daily Planet editor Perry White. Langella received critical acclaim as well as the Boston Society of Film Critics Award in 2007 for his sensitive portrayal of an elderly novelist in Starting Out in the Evening.

He was cast as Richard Nixon in Peter Morgan's Frost/Nixon, which received enthusiastic reviews during a run at the Donmar Warehouse and Gielgud Theatre in London before moving to New York's Bernard B. Jacobs Theater in April 2007, culminating in Langella's third Tony Award. He reprised the role of Nixon in the 2008 film Frost/Nixon, directed by Ron Howard. He received Golden Globe, Screen Actors Guild, and BAFTA nominations for Best Actor for his performance. He was also nominated for an Academy Award in the Best Actor category for the role, losing to Sean Penn's performance in Milk.

In 2000, he played the role of Ebenezer Scrooge in a musical version of A Christmas Carol at Madison Square Garden. He has also appeared in notable off-Broadway productions, including in the title role of Robert Kalfin's Chelsea Theater Center production of The Prince of Homburg, which was filmed by PBS for the Theatre in America series. He starred as Sir Thomas More in the 2008 Broadway revival of A Man for All Seasons.

milica added this to a list 2 years, 4 months ago
My Favorite Actors (338 person items)

milica added this to a list 2 years, 11 months ago

Exclusive added this to a list 3 years, 2 months ago

" as Richard Nixon in Frost/Nixon"

Leo added this to a list 6 years, 7 months ago

"Junior Masters of the Universe Body of Evidence"

Holy Godiva added this to a list 6 years, 10 months ago