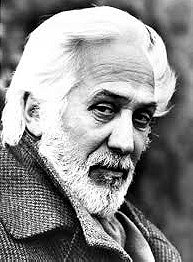 He was a frequent collaborator of the Mexican director Guillermo del Toro, with whom he worked on three films: Cronos (also known as The Invention of Cronos), El espinazo del diablo and El laberinto del fauno. Other regular directors of his film career were Fernando Ayala, who directed him in titles such as Triangulo de Cuatro (1975) or Plata Dulce (1982) or Adolfo Aristarain, with whom he has worked in films such as Tiempo De Revancha (1981), Últimos Dias De The Victim (1983), A Place in the World (1992), Martin Hache (1997) or Common Places (2002).

He holds the record of being the Argentinean actor with the most Silver Condor Prizes for the best actor, who won six times.

After becoming one of the most prestigious international actors in Argentina and starring in several films of Argentine cinema, he settled in Spain in 2001.