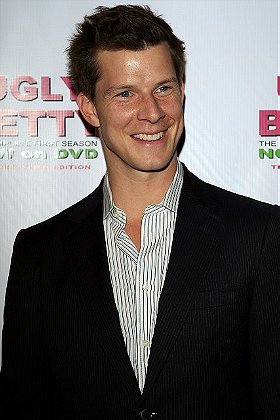 Mabius was born in Harrisburg, Pennsylvania, the son of Elizabeth and Craig Mabius. His father worked as a historian preserving the Historic Allaire Village. He has a brother, Craig. Mabius is Roman Catholic and has Irish, Austrian and Polish ancestry. After attending Amherst Regional High School, in Amherst, Massachusetts, where he was voted "Most Dramatic Boy" as a senior, he enrolled in Sarah Lawrence College in Bronxville, New York, where he pursued studies in film.

Mabius wed Ivy Sherman in January 2006; the two first met in high school during a health education class. They have two sons: Maxfield Elliot was born on June 24, 2006 and Rylan Jaxson was born on December 7, 2008.

Mabius began his career in the indie films Welcome to the Dollhouse in 1995, and I Shot Andy Warhol, alongside Lili Taylor, in 1996. He was involved with The Crow franchise on more than one occasion: he auditioned for a role as one of Top Dollar's henchmen in the 1993 original Crow and played Alex Corvis in The Crow: Salvation, the third installment, opposite Kirsten Dunst. He was in Cruel Intentions alongside Sarah Michelle Gellar and Ryan Phillipe. He also played an activist named Matt Addison in Resident Evil.

In television, Mabius has appeared on Chicago Hope, Millennium, Popular, The O.C., and the short-lived series Eyes. He was a regular cast member of The L Word in its first season and returned for one episode in each of the second, third & sixth seasons. Mabius was referred to in a sixth season episode as an actor whose hair the character Shane was going to cut. He also guest starred on an episode of CSI: Miami. From 2006 to 2010 he starred as fashion magazine editor Daniel Meade on the hit ABC dramedy series Ugly Betty. After the success of Ugly Betty he was named one of the sexiest men alive by People Magazine. Mabius has also appeared in a Lifetime movie titled A Christmas Wedding, and had a leading role in the 2011 British science-fiction drama Outcasts.[9] ... (more) (less)
Tags: Actor (3), Male (2), Ugly Betty (2), Hot (1), Polish (1), Cute (1), Irish (1), American (1), Beautiful (1), Resident Evil (1), Tv Star (1), Born 1971 (1), I Would Do Him (1)
My tags:

1. Signed, Sealed, Delivered: Lost Without You

2. Signed, Sealed, Delivered: One in a Million

3. Signed, Sealed, Delivered: From the Heart

kathy voted for an image 2 years, 10 months ago