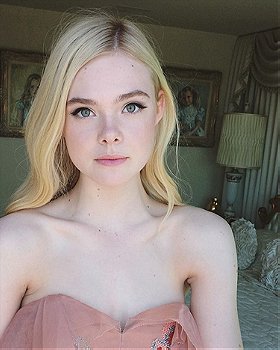 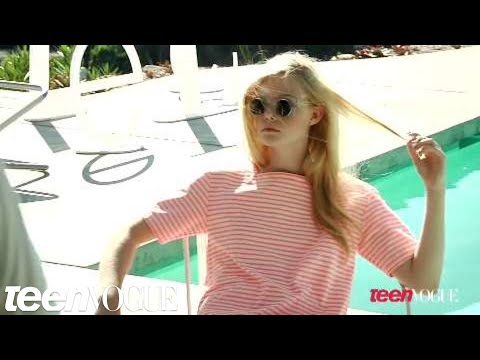 Elle Fanning on the set of her Teen Vogue covershoot 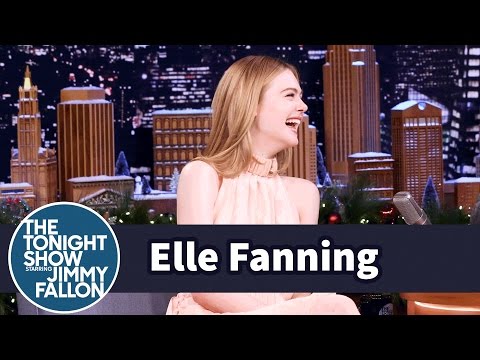 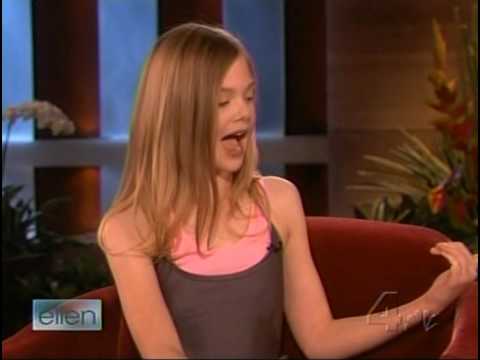 Fanning was born in Conyers, Georgia on April 9, 1998, the daughter of Heather Joy (née Arrington), who played tennis professionally, and Steven J. Fanning, who played minor league baseball for the St. Louis Cardinals and now works as an electronics salesman in Los Angeles.Her maternal grandfather is American football player Rick Arrington, and her aunt is ESPN reporter Jill Arrington. Fanning is the younger sister of Dakota Fanning, who is also an actress.Fanning has Irish, German, English, and French ancestry. Fanning and her family are members of the Southern Baptist Convention.She has been quoted as saying "We're just normal sisters. We both go to school and we just play together." Fanning currently attends Campbell Hall School in North Hollywood, Los Angeles, which was also attended by child actresses Ashley and Mary-Kate Olsen. ... (more) (less)
Tags: Actress (42), Blonde (18), American (12), Born 1998 (10), Child Actor (9), Female (8), Prettier Than Her Sister (7), Beautiful (7), Lovely (6), Famous Sibling (6), Blue Eyes (5), Adorable (5), Cute (4), Pretty (3), 1998 (3), Beautiful Hair (2), April 8 (2), Born In April (2), Attractive (2), Will Marry Me (2)
My tags:

1. The Girl from Plainville

lovedriver voted for 8 images [View All] 1 day, 5 hours ago

RevelationEques posted a image 2 days ago

Pierson Bruno voted for an image 2 days, 16 hours ago

Georgini voted for an image 1 week ago

Henrike voted for an image 1 week, 2 days ago

Sparky The Barbarian voted for an image 1 week, 5 days ago

nopatsjim14 posted a comment on this image 2 weeks, 3 days ago

"Yes, I know she is supposed to be Michelle Carter, but looks like she is ready to cry for REAL!"

Darknight voted for an image 2 weeks, 3 days ago

lovedriver voted for an image 2 weeks, 3 days ago

QUESTMAKER posted a image 3 weeks ago

lovedriver voted for an image 3 weeks, 3 days ago