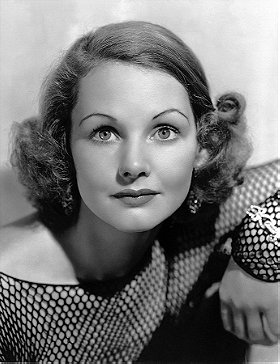 At the beginning of her career, Allan mainly appeared in films for Julius Hagen's Twickenham Studios, but later signed a contract with Metro-Goldwyn-Mayer. 1935 was a good year for the actress, with roles in two Charles Dickens adaptations: - David Copperfield (1935) and A Tale of Two Cities (1935) - and the star-studded horror Mark of the Vampire (1935).

Allan's relationship with MGM became strained after they announced her for a leading part in The Citadel (1938), only to then replace her with Rosalind Russell. Not long following this incident, Allan was again replaced in a successful picture, this time by Greer Garson in Goodbye, Mr. Chips (1939). This was the final straw for Allan, and she successfully sued the studio, thus terminating her contract with them.

By the 1950s, Allan was taking on character roles. Notable movies of this period include No Highway in the Sky (1951), The Heart of the Matter (1953), and The Haunted Strangler (1958) (which turned out to be her final film). She also appeared on the UK version of the game show What's My Line (1951) as a panelist, which got her awarded with Great Britain's Top Female TV Personality of 1952.

Kandi voted for an image 2 months, 1 week ago

Darthmasco added this to a list 1 year, 9 months ago
Aries (528 person items)

franceseattle added this to a list 1 year, 11 months ago
Most Beautiful Actresses (326 person items)

franceseattle rated this 9/10 5 years, 8 months ago