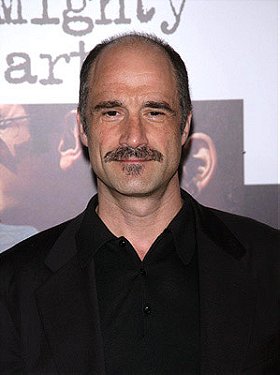 Koteas is best known for playing the lead role of Thomas Daggett in the American film The Prophecy, as well as the sports-crazed vigilante Casey Jones in the Teenage Mutant Ninja Turtle films.

Koteas went on to play the demonically-possessed serial killer Edgar Reese in the Denzel Washington thriller Fallen. He also appeared in John Hughes' Some Kind of Wonderful, Atom Egoyan's The Adjuster, Exotica, Ararat, Terrence Malick's The Thin Red Line and David Cronenberg's Crash. Koteas also made an appearance in Season 4 of The Sopranos as Dominic Palladino, and in the Season 2 finale of House, in which Koteas plays a man who shoots Dr. Gregory House. The same year, he portrayed "DA Mike Randolf" in the courtroom drama Conviction. Koteas has also appeared in The Greatest Game Ever Played, a Disney biography about a young golfer, as well as the thrillers Skinwalkers in 2006, Zodiac and Shooter in 2007. In May/September 2008, he played the role of "Joe", a bank robber, in the season 4 finale and season 5 premiere of CSI: NY.

In 2010, he played major roles in Let Me In, the Matt Reeves re-adaptation of Let the Right One In, and Defendor, a Canadian superhero film starring Woody Harrelson.

Leo added this to a list 1 year, 6 months ago
Directed by Howard Deutch (66 person items)

Shaun voted for an image 2 years, 3 months ago

Exclusive added this to a list 4 years, 5 months ago

" as Ronald Blatt in Two Lovers"

nikkifoxrobot added this to a list 4 years, 5 months ago
Sexiest Men of All Time (96 person items)

MurdererX voted for an image 4 years, 8 months ago

Exclusive added this to a list 5 years, 1 month ago
My Favorite Actors: Elias Koteas (30 movies items)

Exclusive added this to a list 5 years, 3 months ago

" as The Policeman in Let Me In Runner up: Joe Rothman in The Killer Inside Me Laeddis in Shutter Island "