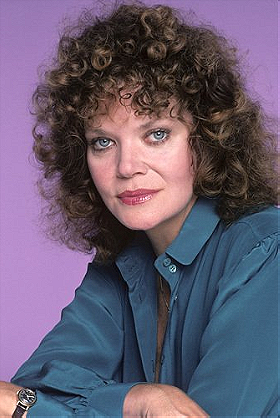 Eileen Brennan appeared in plays with the Mask and Bauble Society at Georgetown University in Washington, DC, where she was employed. She starred there in Arsenic and Old Lace. Her exceptional comic skills and romantic soprano voice propelled her from unknown to star in the title role of Rick Besoyan's off-Broadway tongue-in-cheek musical/operetta Little Mary Sunshine (1959) and its un-official sequel, The Student Gypsy (1963). She went on to create the role of Irene Malloy in the original Broadway production of Hello, Dolly! (1964).[4] Her feature film debut was in Divorce American Style (1967). She soon became one of the most recognizable (if unidentifiable) supporting actresses in film and television. Her roles were usually sympathetic characters, though she has played a variety of other character types, including earthy, vulgar and sassy, but occasionally "with a heart of gold." A year after her feature film debut she became a semi-regular on the comedy-variety show Rowan & Martin's Laugh-In, but stayed for only two months.

Brennan received excellent reviews as brothel madam "Billie" in George Roy Hill's Oscar-winning 1973 film The Sting as the confidante of con man Henry Gondorf (Paul Newman). Although her name was not often recognized by the general public, she became a favorite of many directors, in particular Peter Bogdanovich. She appeared in Bogdanovich's 1971 classic The Last Picture Show (for which she received a BAFTA nomination for best supporting actress) and his 1974 adaptation of the Henry James novella Daisy Miller. Bogdanovich was the only director who made use of her musical talents (before, she sang in performances off Broadway) when he cast her as Cybill Shepherd's crude, fun-loving maid in his 1975 musical flop At Long Last Love (which also starred Madeline Kahn; both Brennan and Kahn would work together in two more films: The Cheap Detective and Clue; where she once more displayed her world-weary acting style to great effect).

Brennan also worked with director Robert Moore and writer Neil Simon, appearing in Murder by Death as Tess Skeffington (1976); and The Cheap Detective (1978). Both of these movies also starred James Coco, James Cromwell and Peter Falk. She had a starring role, playing 'Mutha' in the 1978 movie, FM, about rock radio.

In 1980, Brennan received a best supporting actress Oscar nomination for her role as Goldie Hawn's nasty commanding officer in Private Benjamin. She reprised the role in the television adaptation (1981–1983), for which she won an Emmy (supporting actress) as well as a Golden Globe (lead actress). She has one additional Golden Globe nomination and six Emmy nominations.

After having dinner together one night in 1982, Brennan and Hawn left a restaurant. Brennan was hit by a passing car and was critically injured. She took three years off work to recover, and had to overcome a subsequent addiction to painkillers.

It was during this time that her performance as Mrs. Peacock in Clue (1985) reached theaters. In the 1990s, she appeared in Stella with Bette Midler, Bogdanovich's Texasville, the sequel to The Last Picture Show, and Reckless. She had a recurring role on the sitcom Blossom as the neighbor/confidant of the title character. In 2001, she made a brief appearance in the horror movie Jeepers Creepers.

In 2002, she starred in the dark comedy film Comic Book Villains, with DJ Qualls. In recent years, Brennan had guest-starred in television, including recurring roles as the nosy Mrs. Bink in 7th Heaven and as gruff acting coach Zandra on Will & Grace. In 2004, she appeared in The Hollow as "Joan Van Etten".

From 1968 to 1974, Brennan was married to David John Lampson, with whom she has two sons: Patrick (formerly a basketball player, now an actor recently in NBC's The Black Donnellys) and Sam (a singer). Brennan is a breast cancer survivor.

dvirgueza voted for an image 4 years, 11 months ago