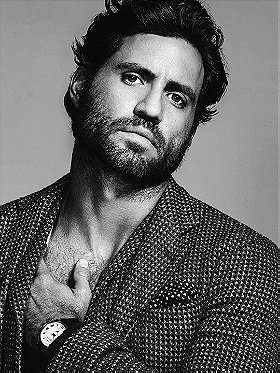 Ramirez will next be seen in Vantage Point, opposite Forest Whitaker, Dennis Quaid and Matthew Fox and directed by Pete Travis. He made his American film debut as Choco in Tony Scott's Domino, opposite Keira Knightley and Mickey Rourke.

Ramirez will next be seen internationally in Cyrano Fernandez, a Venezuelan-Spanish production based on the French play Cyrano de Bergerac. He was also seen in the recently released Elipsis, directed by Eduardo Arias-Nath.

A native of Caracas, Venezuela, Ramirez grew up all over the world due to his father's job as a military attaché. He has made his home in such diverse countries as Austria, Canada, Colombia, Italy and Mexico and, as a result, is fluent in German, English, French, Italian and Spanish. Throughout his travels, Ramirez developed a great love and ability for intercultural communication, a skill he parlayed into a degree in journalism. He specialized in political communications and initially intended on becoming a diplomat.

In 2000, before turning to acting full time, Ramirez was the executive director of Ngo Dale Al Voto, a Venezuelan organization akin to Rock the Vote. In order to foster democratic values among young people, Ramirez and his team created cutting-edge campaigns for radio, television and cinema. The campaigns were well received by audiences throughout the country. He also lent his expertise to various Venezuelan multilateral organizations, including Organization of American States, Transparency International and Amnesty International. ... (more) (less)
Tags: Actor (2), 1977 (1), Smart (1), Venezuela (1), Hispanic (1), Venezuelan (1), Aries (1), Born 1977 (1), Born In 1977 (1)
My tags:

IsabellaSilentRose added this to a list 4 years, 4 months ago
Emmy Awards 2018 (180 person items)

IsabellaSilentRose added this to a list 4 years, 10 months ago

Leto voted for an image 5 years, 6 months ago

IsabellaSilentRose added this to a list 5 years, 11 months ago

kathy voted for an image 6 years, 8 months ago