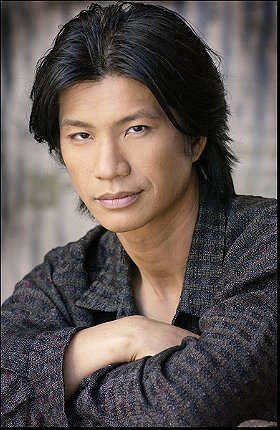 Born in South Vietnam, Nguyen's father was one of the country's top film and stage actors. Leaving at the last moment, Nguyen and his family spent several weeks at sea on a boat with nearly 1,000 others. After a stopover in Guam, the family was moved to a refugee camp in Arkansas, with a Methodist church then subsidizing their move to St. Louis.

In junior high, Nguyen began studying martial arts, which he calls a great confidence builder. He moved to Southern California to attend Orange Coast College as a communications major and, at the suggestion of a friend, enrolled in an acting class. After college, he studied with Sal Romeo and helped his mentor build a Hollywood theatre for his Friends and Artists Ensemble.

Nguyen made his professional debut on Magnum, P.I., portraying a Cambodian freedom fighter, and went on to enjoy enormous popularity as Suki on General Hospital. But his breakthrough role came when he was cast as Detective Harry Ioki in the then-new FOX Network's flagship series 21 Jump Street. Crossing cultural boundaries, Nguyen starred on the series for four seasons.

He's also found success in feature films. He played a pivotal role in the Warner Bros. film Heaven And Earth, directed by Oliver Stone, and has appeared in Twentieth Century Fox's martial arts/action adventure Rapid Fire with Brandon Lee and TriStar Pictures' 3 Ninjas Kick Back. He's also starred in the action drama No Escape, No Return and, on television, the ABC movie-of-the-week Earth Angel.

3. Batman: The Streets of Gotham: Leviathan

4. Batman: The Streets of Gotham: The House of the Hush

5. Batman: The Streets of Gotham: The House of the Hush
View all Dustin Nguyen books (3 more)