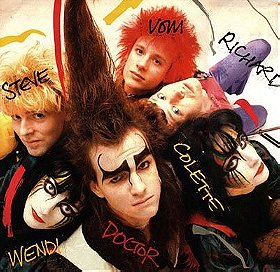 View all Doctor & The Medics pictures
My tags:

1. Spirit In The Sky

2. I Keep Thinking It's Tuesday

1. I Keep Thinking It's Tuesday

2. Spirit In The Sky

Mass. Patriot added this to a list 3 years, 4 months ago

" Doctor and the Medics=formed in London as glam tribute band in 1981, in 1986 the big turn, they recorded a 1969 christian song from Mass. native Norman Greenbaum, yes, Greenbaum was an Orthodox Jewish who studied music at Boston University, and sold 2M of this church/beat song, London glamsters rented twins, almost, dancers from Cult's Rain fame video,made a flashy music video and got #1 across Europe"