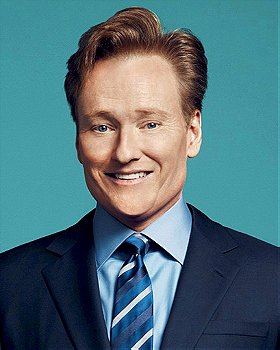 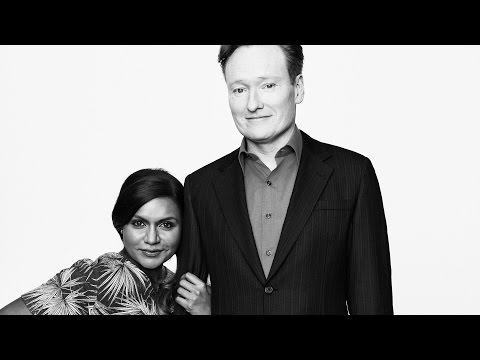 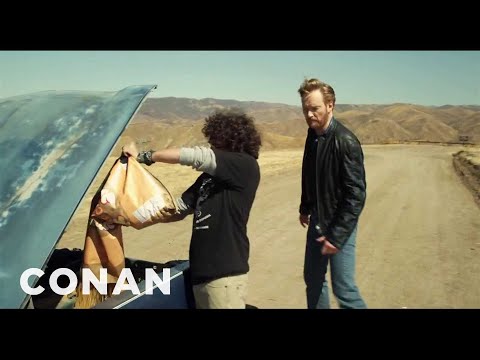 Conan O'Brien Drives an Explosives-Packed Car Off A Cliff! 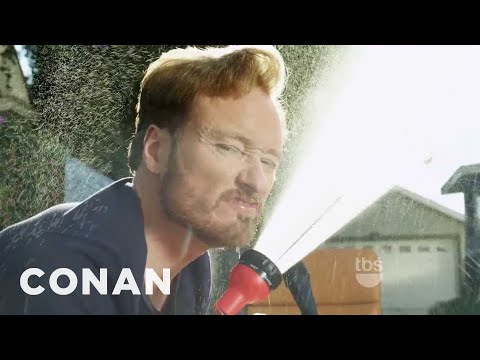 Since 9/11, no longer begins the show by jumping around the stage but still makes the big final leap onto his mark and then spins his arm to "throw" to Max.

Frequently lampoons how much he is "unknown," "disliked," or poorly paid compared to guests and his "competition," despite the fact that the opposite is true.

Frequently makes jokes at his own expense and at the expense of band leader 'Max Weinberg' and band member La Bamba.

Frequently knocks over the microphone at his desk, usually after an awkward moment or brazen joke.

The string dance (a little made-up jig where he pulls an imaginary string behind his back, which moves his hips, and finishes by cutting it).

Usually ends his show with the phrase "bye, everybody, bye," spoken very rapidly.

Appeared as an extra and bit player on a number of skits on "Saturday Night Live" (1975) - notably as "Sheriff Andy" in a "Twin Peaks" (1990) parody with Kyle MacLachlan, and drinking in the bar in the "Irish Drinking Songs" commercial parody.

A distant cousin of Denis Leary.

He was editor of the Harvard Lampoon for two years in a row, and he is the second person to have ever done this. It had been 85 years since it was done.

Married Liza Powel on January 12, 2002, in a full Catholic Mass by Father Paul O'Brien (no relation) at St. James Cathedral in Liza's home town, Seattle. The couple met when Liza was a guest on Late Night.

Older brother of Jane O'Brien and Kate B. O'Brien.

A graduate of Brookline High School.

Once shared an apartment with Bill Cusack.

The name of his production company, Conaco, was chosen to echo the name of petroleum company Conoco.

Calls where he does his monologue "The Laugh Zone."

Calls where he sits "The Chat Zone."

Replaced David Letterman in the late night slot on NBC after Letterman left for CBS. Virtually no one thought the show would last. It did last, for 17 years.

Hosted "Late Night with Conan O'Brien" (1993) until 2009 when he replaced Jay Leno as host of NBC's Tonight Show. After being fired from The Tonight Show after less than a year because he refused to start the show later as Jay Leno was demanding. He felt like that wouldn't really be The Tonight Show in a different time slot. Afterward he went on a nationwide comedy and music tour before taking a job at TBS as host of "Conan" in 2010.

Became the 5th host of "The Tonight Show" on its 55th anniversary.

Both of his parents are of Irish descent.

In the beginning season of the show, he signed a new contract every week because the network was doubtful of the show's future and his ratings.

Originally wanted to name his daughter the old-fashioned Irish feminine name Niamh (pronounced "knee-vh" or "neh-v"), which means "radiance, lustre, brightness" -- but decided that her life would be easier if they Americanized the spelling to Neve.

Once shared an apartment with comedian/actor Jeff Garlin in Chicago across from Wrigley Field before both of them made it big.

When Burt Ward was asked to give a speech at Harvard about his role on "Batman" (1966), he brought the original costume, said to be valued at half a million dollars. Some students came up to him dressed as security guards and told him they would keep the costume safe. Then in the middle of the speech, one student stood up and asked, "When is a costume not a costume? When it's stolen." The lights dimmed and the students grabbed the costume and made off. After snapping pictures with one another in the cape, they later called Ward and gave the costume back. The ringleader of the gang? Harvard Lampoon editor, Conan O'Brien.

In one episode of his show, a Finnish man in his audience pointed out to him that he looked like President Tarja Halonen. He decided to support Halonen in the election campaign in 2006, and started a skit called "Pro-Finland, Anti- Sweden". Halonen met with him and Halonen gave to him as a gift, Moomin dolls for his family.

For Conan, the most beautiful woman in the world is Gisele Bündchen. He had the opportunity of telling her personally this when she was a guest on his show in 2005.

One of his all-time favorite television shows is "The Odd Couple" (1970).

Is an avid fan of filmmaker Kevin Smith.

Often tries to calm his "Late Night" audience with the term "Cool Babies". This is a lyric from the Talking Heads song, "Burning Down the House".

Claims he lost his virginity listening to The Who.

Grew up in Brookline, Massachusetts.

3. The Secret Life of Walter Mitty

5. The Mitchells vs the Machines
View all Conan O'Brien movies (20 more)

moviebuff added this to a list 2 years, 8 months ago
Moviebuff's Top 15 Most Influential Comedians (15 person items) 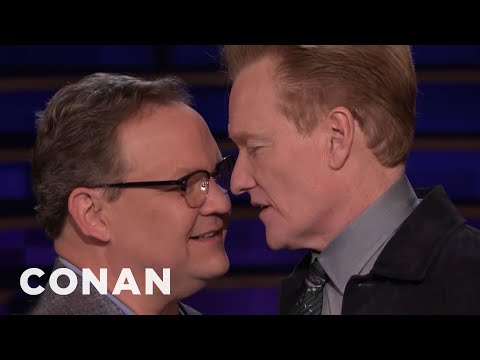 PCA added this to a list 4 years, 1 month ago
Comediantes/comedians. (62 funny items) 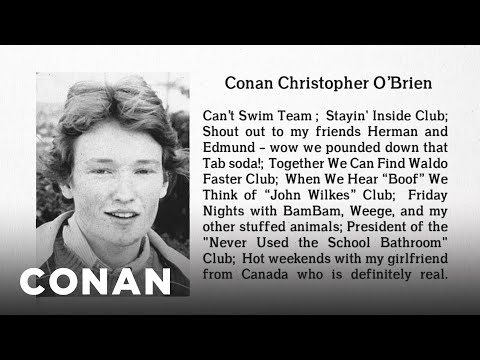 Brian G added this to a list 4 years, 11 months ago
My Favorite Talk Show Hosts of All Time (46 person items)

aLittleTyger posted a video 6 years ago 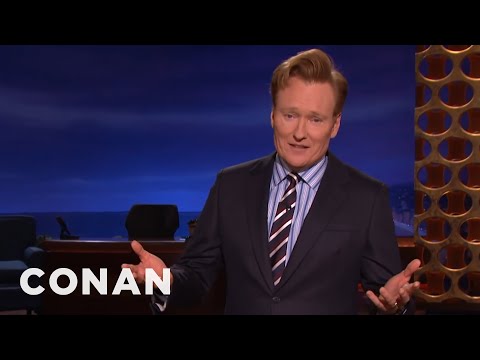 Conan On The 2016 Election Results - CONAN on TBS

aLittleTyger voted for 3 images 6 years ago

Brian G added this to a list 6 years, 3 months ago
Doppelgangers (10 person items)

rose77 added this to a list 6 years, 6 months ago
Favorite Celebrities Born in the Northeast (139 person items)

Leo added this to a list 6 years, 8 months ago
Top 10 Celebrities You Forgot Dated Each Other (20 person items)

Monstermaster added this to a list 6 years, 9 months ago
Celebrities I Wish To Meet (29 person items)