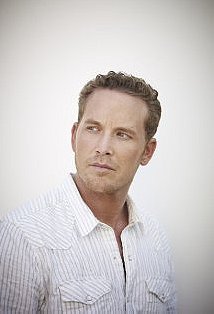 8 votes
Actors With Most We Hate Movies Appearances (403 items)
list by Leo
Published 6 years, 4 months ago

Hauser's parents divorced in 1977, when he was two years old. According to him, at roughly fifteen, he first met his father after the relocation-induced years of separation. His father took him in for a year and taught him about auditioning. Prior to that, his mother had moved Hauser and his half brother and sisters from Santa Barbara to Oregon to Florida and then back to Santa Barbara within a 12-year-span. At the time, he participated heavily in sports, but half-heartedly pursued school. He was admitted to the short-listed circle of talent at a talent summer camp in New England, then won the leading role of the stage play named Dark of the Moon, which earned him standing ovations for his performance. At 16 years old he decided to leave high school to try to break into acting. ... (more) (less)
Tags: Actor (2), American (1), Dazed And Confused (1), Born 1975 (1)
My tags:

lcosta90 added this to a list 1 year, 8 months ago

Leo added this to a list 4 years, 8 months ago

"A Good Day to Die Hard"