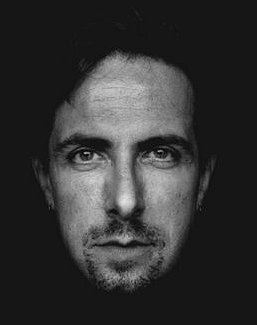 1 vote
View all Clive Barker pictures
Clive Barker (born 5 October 1952) is an English playwright, author, film director, and visual artist. Barker came to prominence in the mid-1980s with a series of short stories, the Books of Blood, which established him as a leading horror writer. He has since written many novels and other works, and his fiction has been adapted into films, notably the Hellraiser series, the first installment of which he also wrote and directed, and the Candyman series. Barker also serves as an executive producer on the film Gods and Monsters, which won an Academy Award for Best Adapted Screenplay.
Tags: British (3), Fantasy (2), Horror (2), English (2), Gay (2), Novelist (2), Film Director (1), Directed The Film Version Of His Own Book (1), Cenobites (1), Comic Artist (1), Born 1952 (1), Comic Writer (1), Median (1), Qabal (1), Horror Icon (1), Novelsit (1), Visual Artist (1), Game Producer (1)
My tags:

3. The Hellbound Heart: A Novel

4. The Adventures of Mr. Maximillian Bacchus and His Travelling Circus (2013)

3. Ringers: Lord of the Fans

5. The Road to Dracula
View all Clive Barker movies (5 more)

samira voted for an image 1 month, 3 weeks ago

rickterenzi voted for an image 1 year, 8 months ago

Defenestrated Jack added this to a list 1 year, 8 months ago

" I was a big fan of Barker's throughout my teen years. Hellraiser and its underrated sequel Hellbound were some of my first horror movie experiences and it was a heck of a learning curve; sadomasochistic demonic entities, psychotic stepmothers and plenty in the way of evisceration and gore, reminded me somewhat of the fun family time of Christmas dinners when I was young, all jolly good fun. Still have a crush on Ashley Laurence to this day, gorgeous lady, and an awesome artist too. My nex"

Kandi voted for an image 1 year, 9 months ago

Nusch added this to a list 5 years, 8 months ago
Horror Writers (19 person items)

LBKitty added this to a list 5 years, 11 months ago
Favorite Directors (47 person items)