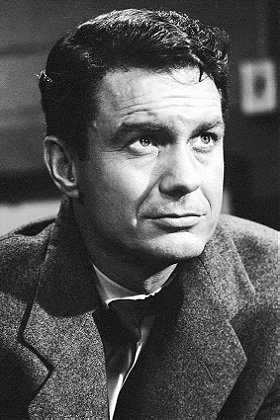 Robertson was born on September 9, 1923 in La Jolla, California, the son of Clifford Parker Robertson, Jr. (1902–1968), and his first wife, the former Audrey Olga Willingham (1903-1925). His Texas-born father was described as "the idle heir to a tidy sum of ranching money". Robertson recalled that his father "was a very romantic figure—tall, handsome. He married four or five times, and between marriages he'd pop in to see me. He was a great raconteur, and he was always surrounded by sycophants who let him pick up the tab. During the Depression, he tapped the trust for $500,000, and six months later he was back for more." The actor's parents divorced when he was one, and Robertson's mother died of peritonitis a year later in El Paso, Texas, at the age of 21. He was raised by his maternal grandmother, Mary Eleanor "Eleanora" Willingham (née Sawyer, 1875–1957), in California, and he and his father rarely saw each other. He graduated in 1941 from La Jolla High School, where he was known as "The Walking Phoenix". He then served in the United States Merchant Marine in World War II before attending Antioch College in Ohio and dropping out to work as a journalist for a short time.

Robertson had a bit part in Mr. Roberts (1950) in Boston, Massachusetts.

1. For Love of Liberty: The Story of America's Black Patriots