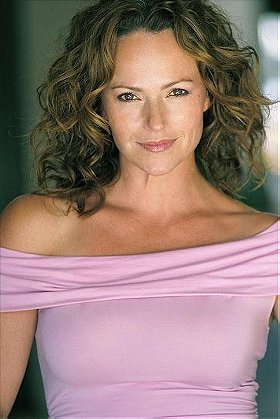 She trained with Joanne Baron in a two year Meisner Program before landing her series lead on Coach.


Though having acted in many films, Carey is best known for her recurring roles in episodic television, most notable for her role as Kelly Fox on the American sitcom Coach and her role as Macy Carlson, the |Olsen twins' mother on the short-lived ABC Family sitcom So Little Time. She has also had recurring roles on Point Pleasant, in the role of Sarah Parker, and bartender Mary Bailey on the CBS TV series Jericho. She is currently featured in the television series, Crash, as Christine Emory,[3][4] and recently made a guest star appearance in Eli Stone as a lawyer opposing Eli in court. Carey also did a cameo in the award winning indie film La Cucina that premiered on Showtime in December 2009. She plays Rachel Hunter's girlfriend.

She also played a part in NCIS episode "Life Before His Eyes" as Ann Gibbs, the mother of Leroy Jethro Gibbs played by Mark Harmon.

cekadidas voted for 15 images [View All] 2 years, 2 months ago

shotswerefired voted for 8 images [View All] 3 years, 2 months ago

radigast voted for an image 3 years, 3 months ago

parryj voted for an image 3 years, 3 months ago

coffee-boy voted for 6 images [View All] 3 years, 3 months ago

dvirgueza voted for an image 4 years, 1 month ago