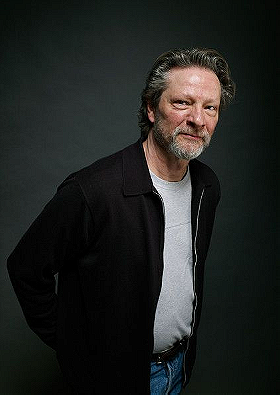 57 votes
My Favorite Movie Villains of All-Time (18 items)
list by The Cinephile
Published 13 years, 9 months ago

Cooper's interest in the theater began in his late teens, when he designed and constructed sets for a community group. Following high school, he studied agriculture and acting at the University of Missouri before moving to New York City in hopes of making it on the stage. It took awhile, but by 1980 he was starring in productions like Of the Fields Lately, The Ballad of Soapy Smith, and Cobb, in which he played the title role.

His film debut came in 1980, in Nicholas Roeg's Bad Timing: A Sensual Obsession. He didn't get his big break until seven years later, when Sayles cast him as Joe Kenehan, a member of the coalminer's union who is sent to a tiny mountain town to organize the workers in Matewan (1987). He again worked with Sayles in City of Hope (1991) and then in Lone Star (1996), for which he won great acclaim playing the enigmatic Sam Deeds, the prodigal son of a tiny Texas town's sheriff who solves a mystery and comes to grips with his relationship with his late father.

Subsequently, Cooper -- who had also made his mark on the small screen as cowboy July Johnson in Lonesome Dove (1989) -- appeared as a deputy in a A Time to Kill (1996), Robert Redford's younger brother in The Horse Whisperer (1998), and Ethan Hawke's brother-in-law in Great Expectations. In 1999, the actor again demonstrated his impressive range, first playing a coalminer in October Sky and then turning in a chilling performance as Kevin Spacey's unbalanced neighbor in American Beauty. If Cooper was somewhat lost in the shuffle of 2002's Interstate 60, his Oscar winning performance in that same years' Adaptation would find Cooper receiving lavish praise for his portrayal of a lively orchid hunter. Cast opposite Meryl Streep, Cooper's toothless performance was in turns hilarious, sad and poetic, providing the perfect showcase for his impressive range.

In 2003, Cooper was nominated for Best Supporting Actor by the Screen Actors Guild for his turn as a soft-spoken horse trainer in Seabiscuit. Cooper worked steadily through the early 2000s, largely in a supporting capacity. He won no small amount of praise for his work in Syriana and Capote (both 2005), and demonstrated his range as an actor in 2007, when he co-starred in The Kingdom, Married Life, and Breach. Cooper lent his voice to Spike Jonze's remake of Maurice Sendak's classic children's novel Where the Wild Things Are, and joined Ben Affleck for a supporting role in The Town, a 2010 crime thriller based on author Chuck Hogan's novel Prince of Thieves. Cooper found more success, however, for his role in Amiga (2010) John Sayles' war drama, in which he played an American military colonel deeply prejudiced against Filipinos. The actor took on a decidedly less serious role as a dastardly villain extraordinaire in The Muppets (2011).

3. A Beautiful Day in the Neighborhood

2. For Love of Liberty: The Story of America's Black Patriots

Exclusive added this to a list 4 years, 11 months ago
My Favorite Actors: Chris Cooper (26 movies items)

Exclusive added this to a list 5 years, 4 months ago

" as John Laroche in Adaptation. Runner up: Conklin in The Bourne Identity"

Leo added this to a list 6 years, 2 months ago