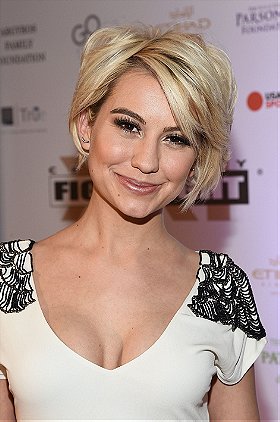 59 votes
My middle name is now my surname (124 items)
list by EatMorePez
Published 7 years, 4 months ago

She made a couple of movie appearances before landing a starring role as both actress and musical performer in Bratz (2007), the movie inspired by the popular toys. Since then she has made several appearances in successful TV shows, as well as finishing third in the 2011 season of Dancing with the Stars (2005).

She went to Saguaro High School, in Scottsdale, AZ before moving to L.A.

Appeared in a music video for the song "Chelsea" by The Summer Set; the song was written for her by the band's lead singer before they began dating.

When she was eight years old, she starred in a Travelodge commercial with Vanessa Hudgens.

The song Chelsea by The Summer Set is about her.
Changed her professional last name from Staub to middle name Kane so it would be easier for people to pronounce.

4. A Christmas for the Books

dvirgueza added this to a list 4 days, 10 hours ago

Look Left voted for an image 3 weeks, 6 days ago

lovedriver posted a image 4 months ago

dvirgueza voted for an image 12 months ago

texan voted for an image 1 year, 3 months ago