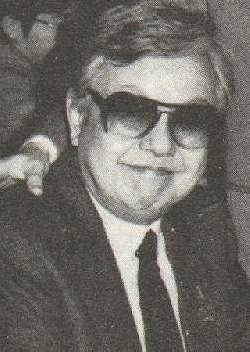 View all Cheh Chang pictures
Chang Cheh was the leading Martial Arts director in Hong Kong in the 1970s, now with close to 100 films to his name. His has influenced other directors such as John Woo and Liu Chiau Liang, and made famous such Hong Kong stars as Philip Kwok, Fu Sheng and Lung Ti. Chang has declared that he will stop working after he has made his 101st film. During the 1970s, Chang was the most prolific of the directors for the now legendary Shaw Brothers Studios, and most revered works include Blood Brothers (1973) (aka Blood Brothers) and the awesome film which is Five Deadly Venoms (1978) (aka Five Venoms).
Tags: Director (1), Deceased (1)
My tags:

3. The Legend of the 7 Golden Vampires

2. The Legend of the 7 Golden Vampires