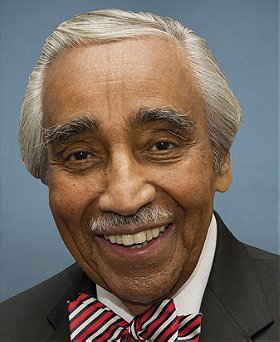 View all Charles Rangel pictures
Charles Rangel is an American politician who was a U.S. representative for districts in New York from 1971 to 2017. A member of the Democratic Party, he was the second-longest serving incumbent member of the House of Representatives at the time of his retirement, serving continuously since 1971. As its most senior member, he was also the Dean of New York's congressional delegation. Rangel was the first African-American Chair of the influential House Ways and Means Committee. He is also a founding member of the Congressional Black Caucus.
Tags: Congressman (1), Minorities In The Military (1), Black People In The Military (1), Politicians In The Military (1), Born June 11 (1), June 11 (1), Born In June (1), Korean War Veteran (1), Born 1930 (1), Military (1), Democrat (1), Politician (1), US Army (1), Veteran (1), Black (1), Soldier (1), Army (1)
My tags: