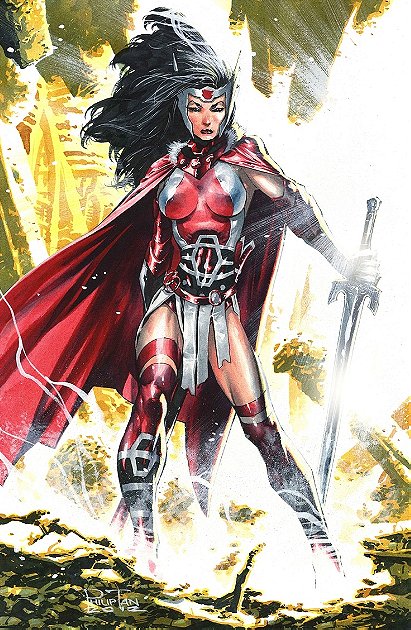 2 votes
View all Sif pictures (16 more)
Sif is a fictional character appearing in comic books published by Marvel Comics, in particular those featuring Thor. Based on the Norse goddess Sif, she was created by Stan Lee and Jack Kirby and first appeared in Journey Into Mystery #102 (March 1964). As an Asgardian warrior and lover of Thor, Sif often accompanies Thor into battle. She has also battled alongside Balder, who has developed an unrequited attraction to her, as she never shows affection for anyone but Thor and certain individuals who have proved worthy to wield his hammer, Mjolnir, such as the noble alien warrior Beta Ray Bill and the mortal Eric Masterson.

Nikki added this to a list 3 years, 10 months ago
Warrior Women (26 characters items)

upgradeslinky rated this 5/10 4 years, 6 months ago