27 votes
Who Were In The Original Justice League? (42 items)
list by Ricky49er
Published 6 years, 4 months ago 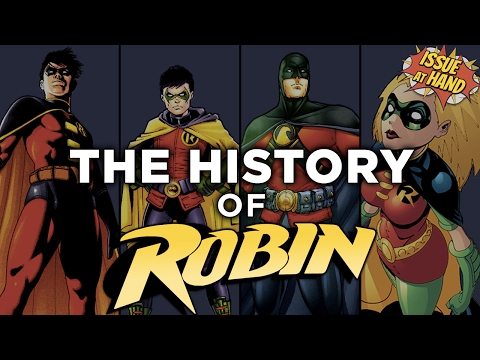 The History of Batman's ROBIN — Issue At Hand, Episode 9 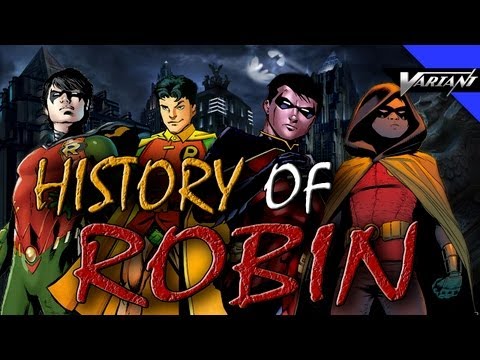 The History Of All The Robins!

Robin is the name of several fictional characters appearing in comic books published by DC Comics, originally created by Bob Kane, Bill Finger and Jerry Robinson, as a junior counterpart to DC Comics superhero Batman. The team of Batman and Robin is commonly referred to as the Dynamic Duo or the Caped Crusaders.

crsone1 added this to a list 3 years, 11 months ago
COMIC SUPERHEROES (53 characters items)

The History of Batman's ROBIN — Issue At Hand, Episode 9

bandofsisters rated this 7/10 4 years, 8 months ago

Lena voted for an image 4 years, 10 months ago

upgradeslinky rated this 5/10 5 years, 3 months ago

The History Of All The Robins!

italia23 added this to Rated list 5 years, 7 months ago

"Robin (Richard "Dick" Grayson) is the leader and one of the five founding members of the Teen Titans. Before that, he was trained by, and served as sidekick to Batman. POWERS & ABILITIES * Master detective * Above-average physical condition * Master hand-to-hand combatant * Master acrobat * Master martial artist * Intimidation * Master of stealth and disguise * Peak human strength/endurance * Tracking * Escapologist * Master tactician and strategist * Skilled mechanic and vehicle driver * Exper"