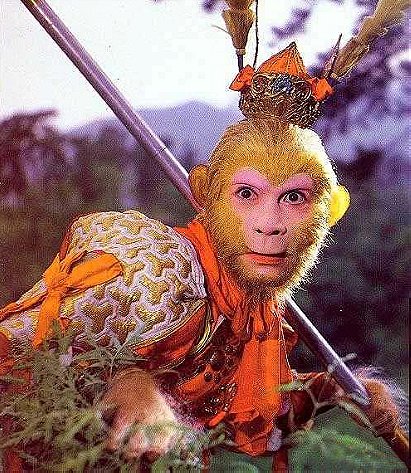 西游记 (Journey to the West) - 大圣歌 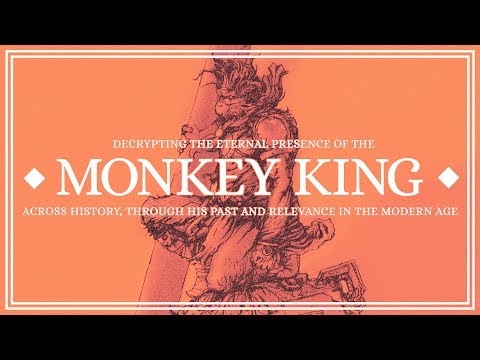 1 vote
View all Monkey King pictures (5 more)
The Monkey King, known as Sun Wukong (孫悟空/孙悟空) in Mandarin Chinese, is a legendary figure best known as one of the main characters in the 16th-century Chinese novel Journey to the West (西遊記/西游记) and many later stories and adaptations. Sun Wukong (孫悟空) (pinyin: sūnwùkōng) is the name given to this character by his teacher, Subhuti, the latter part of which means "Awakened to Emptiness" (in the Waley translation, Aware-of-Vacuity); he is called Monkey King. The Monkey King's origins predate the novel and can be traced back both to the Monkey-God, Hanuman, from the Hindu epic, the Ramayana as well as from the Song dynasty. In the novel, he is a monkey born from a stone who acquires supernatural powers through Taoist practices. After rebelling against heaven and being imprisoned under a mountain by the Buddha, he later accompanies the monk Tang Sanzang (唐三藏) on a journey to retrieve Buddhist sutras from the West (India) where Buddha and his followers reside.

The Monkey King possesses immense strength; he is able to support the pressing weight of two celestial mountains on his shoulders while running "with the speed of a meteor". He is also extremely fast, able to travel 108,000 li (54,000 kilometres (34,000 mi)) in one somersault. Sun also knows the 72 Earthly transformations, which allow him to transform into various animals and objects. Sun Wukong is a skilled fighter, capable of defeating the best warriors of heaven. His hair possesses magical properties, capable of summoning clones of the Monkey King himself, and/or into various weapons, animals, and other objects. He has demonstrated partial weather manipulation abilities as well, and can stop people in place with fixing magic.

Sun Wukong's childlike playfulness is a huge contrast to his cunning mind. This, coupled with his great power, makes him a trickster hero. His antics present a lighter side in what proposes to be a long and dangerous trip into the unknown.

After completion of the journey, he is granted the title of Victorious Fighting Buddha (斗战胜佛; dòu zhànshèng fú) and ascends to buddhahood.

coffee-boy voted for an image 2 months ago

Kandi voted for an image 2 months ago

shotswerefired posted a image 2 months ago

西游记 (Journey to the West) - 大圣歌

Kandi voted for 6 images [View All] 3 months, 2 weeks ago

shotswerefired rated this 9/10 3 months, 2 weeks ago