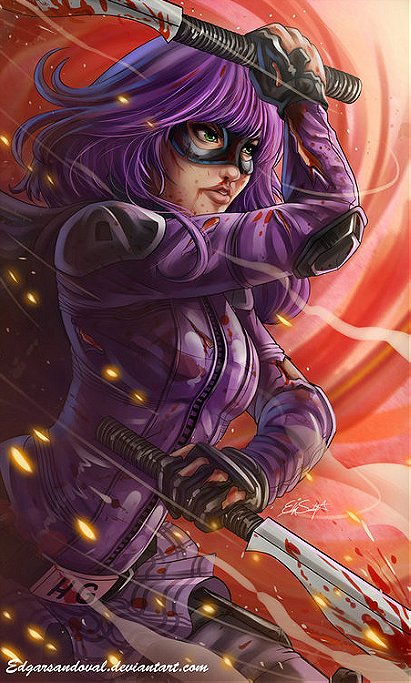 1 vote
View all Hit-Girl pictures (27 more)
Hit-Girl (real name Mindy Macready) is a fictional character appearing in the Kick-Ass series, published by Marvel Comics under the company’s imprint Icon Comics. The character was created by artist John Romita, Jr. and writer Mark Millar. She is a young but effective vigilante, trained by her father Damon Macready (a.k.a. Big Daddy) from an early age to be a costumed superhero and assassin. In Kick-Ass, she is introduced as a supporting character. She featured in her own self-titled comic book series, Hit-Girl, which was first published on 27 June 2012. She is portrayed by Chloë Grace Moretz in the feature film adaptations Kick-Ass and Kick Ass 2.

WhiteGhost rated this 8/10 2 months ago

crsone1 added this to a list 2 years, 6 months ago
COMIC SUPERHEROES (49 characters items)

upgradeslinky rated this 2/10 3 years, 5 months ago

compcua added this to a list 3 years, 9 months ago
The Disney Factor (152 person items)