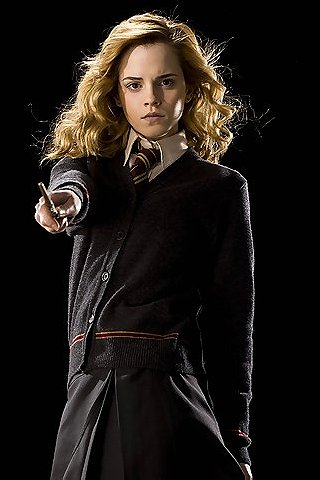 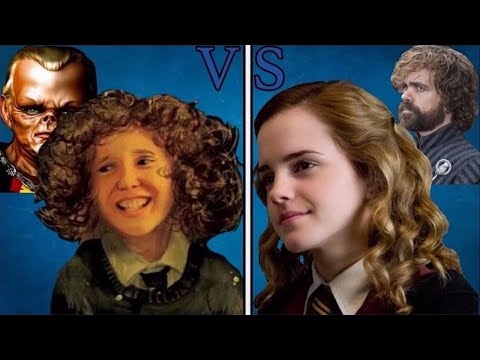 Adaptational Attractiveness: Hermione, Tyrion and a Million Others

4 votes
View all Hermione Granger pictures (61 more)
Hermione Jean Granger /hərˈmaɪ.əni ˈdʒiːn ˈɡreɪndʒər/ is a fictional character and one of the three protagonists (the other two being Harry Potter and Ron Weasley) of J.K. Rowling's Harry Potter series. She initially appears in the first novel, Harry Potter and the Philosopher's Stone, as a new student on her way to Hogwarts. After Harry and Ron save her from a mountain troll in the girls' toilets, she becomes close friends with them and often uses her quick wit, deft recall, and encyclopaedic knowledge to help them. Rowling has stated that Hermione resembles her at a younger age, with her insecurity and fear of failure.

Sparky The Barbarian voted for an image 1 week, 3 days ago

stephen162 voted for an image 2 months, 2 weeks ago

bombshellbarba added this to a list 3 months, 2 weeks ago
Magic Users (100 characters items)

petrovsky rated this 3/10 4 months ago

Adaptational Attractiveness: Hermione, Tyrion and a Million Others

spajerker voted for an image 1 year, 9 months ago

mightbedragons rated this 9/10 2 years, 3 months ago

nofinalaccount rated this 1/10 3 years, 4 months ago