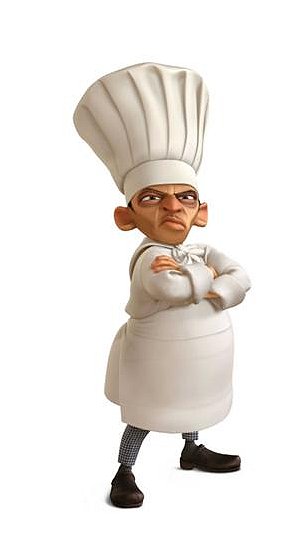 View all Chef Skinner pictures
Chef Skinner is the main antagonist in the 2007 Disney-Pixar film, Ratatouille. He used to be the Chef of "Gusteau's" restaurant after Gusteau died. Skinner is sometimes known to be greedy and selfish, but rarely he is also nice and kind. He also has a problem with Linguini (the new Garbage Boy) cooking without his permission.

He would do anything to make his resturaunt successful for good and bad, even if it means not letting garbage boys cook and capture rats.

WhiteGhost rated this 6/10 11 months ago

Krankenhaus added this to Rated list 2 years, 4 months ago

OneSpiderClone rated this 6/10 2 years, 7 months ago

upgradeslinky rated this 1/10 4 years, 2 months ago