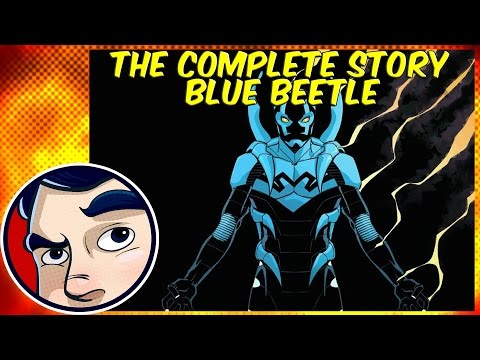 1 vote
View all Blue Beetle (Jaime Reyes) pictures (14 more)
Jaime Reyes is the third character to assume the mantle of Blue Beetle, but he is substantially different from his predecessors. The original, Dan Garret, drew his powers from a mystical scarab. This was handed down to his student, Ted Kord, who continued the legacy of The Blue Beetle yet found no way to access the scarab's powers.

Revealed to be alien in origin, the scarab bonds with Reyes and provides him with a suit of extraterrestrial armor shortly after Kord's death. Though only a teenager, Reyes quickly forms a working relationship with Kord's former teammate and best friend Booster Gold and is inducted into the Teen Titans.

OneSpiderClone rated this 9/10 2 years, 7 months ago

Jason voted for an image 5 years, 1 month ago

Rylvan added this to a list 5 years, 2 months ago
My Injustice 2 Character Wishlist (23 characters items)