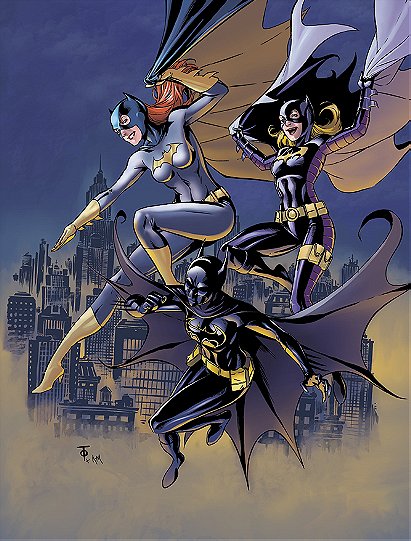 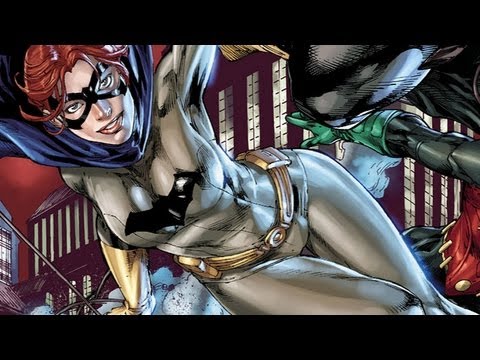 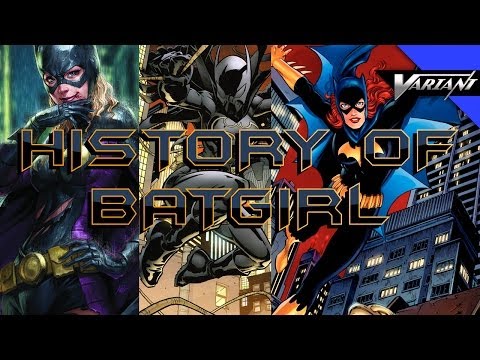 History Of All The Batgirls!

Several fictional characters appearing in comic books published by DC Comics, depicted as female counterparts to the superhero Batman. Although the character Betty Kane was introduced into publication in 1961 by Bill Finger and Sheldon Moldoff as Bat-Girl, she is replaced by Barbara Gordon in 1967, who later came to be identified as the iconic Batgirl. Her creation came about as a joint project between DC Comics editor Julius Schwartz and the producers of the 1960s Batman television series. In order to boost ratings for the third season of Batman, the producers requested a new female character be introduced into publication that could be adapted into the television series. At Schwartz's direction, Barbara Gordon debuted in Detective Comics #359 titled, "The Million Dollar Debut of Batgirl!" (1967) by writer Gardner Fox and artist Carmine Infantino. Depicted as the daughter of Gotham City police commissioner James Gordon, her civilian identity is given a doctorate in library science and she is employed as head of Gotham City Public Library, as well as later being elected to the United States Congress. As Batgirl, the character operates primarily in Gotham City, allying herself with Batman and the original Robin Dick Grayson, as well as other prominent heroes in the DC Universe.

While the introduction of Batgirl into the Batman television series failed to save it from cancellation, her comic book counterpart gained popularity and makes regular appearances in Detective Comics, Batman Family and several other books produced by DC until 1988. That year, she appears in Barbara Kesel's Batgirl Special #1, in which she retires from crime-fighting. She subsequently appears in Alan Moore's graphic novel Batman: The Killing Joke where, in her civilian identity, she is shot through the spinal cord by the Joker and left paraplegic. Although she is recreated as the computer expert and information broker Oracle by editor Kim Yale and writer John Ostrander the following year, her paralysis sparked debate about the portrayal of women in comics, particularly violence depicted toward female characters. Despite her paralysis in mainstream continuity, alternative versions of Barbara Gordon in her Batgirl persona have continued to appear in non-canon storylines produced by DC, typically under the company's imprint labels, Elseworlds and All Star DC Comics.

In the 1999 crossover No Man's Land, the character Helena Bertinelli, known as Huntress, briefly assumes the role of Batgirl until she is stripped of the identity by Batman for violating his stringent codes. Within the same storyline, writer Kelley Puckett and artist Damion Scott introduce the character Cassandra Cain, who takes the mantle of Batgirl under the guidance of Batman and Oracle. Written as the daughter of assassins David Cain and Lady Shiva, she is trained from early childhood to read human body language instead of developing verbal and written communication skills as part of her father's conditioning to mold her into the world's deadliest assassin. However, after committing her first murder, she vows to never again use her martial arts prowess to kill. In 2000, she became the first Batgirl to star in an eponymous monthly comic book series as well as one of the most prominent characters of Asian descent to appear in American comics. The series was canceled in 2006, at which point during the company-wide event One Year Later, she is established as a villain and head of the League of Assassins. After receiving harsh feedback from readership, she is later restored to her original conception. However, the character Stephanie Brown, originally known as Spoiler and later Robin, succeeds her as Batgirl after Cassandra Cain abandons the role.

deathskfull rated this 6/10 9 months ago

mightbedragons rated this 9/10 1 year, 5 months ago

shadow1313 posted a comment on this image 2 years, 3 months ago

quagmire posted a comment on this image 2 years, 4 months ago

"Hate to say it, but Alicia Silverstone was more Fatgirl, than Batgirl. Plus the fact that she was Alfred's niece, and not Commissioner Gordon's daughter, so she doesn't really count."

krosis added this to a list 2 years, 8 months ago
Best Versions of Fictional Beauties (195 characters items)

OneSpiderClone rated this 9/10 3 years, 7 months ago

Lena voted for an image 4 years, 3 months ago

Dave voted for an image 4 years, 9 months ago

Matrix added this to a list 5 years, 2 months ago

upgradeslinky rated this 1/10 5 years, 9 months ago

Rylvan posted a video 6 years ago

History Of All The Batgirls!

Rylvan added this to a list 6 years, 4 months ago

KBLists added this to a list 6 years, 8 months ago