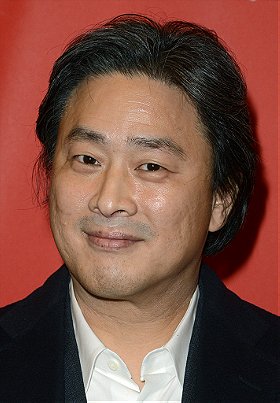 Among his films are Joint Security Area, the boxoffice smash that marked his first teaming with Thirst star Song Kang-ho; Sympathy for Mr. Vengeance, which won the jury prize for Best Picture at the Philadelphia Film Festival; Old Boy, which won the Grand Prix at the 2004 Cannes International Film Festival; the Never Ending Peace and Love segment of the omnibus feature If You Were Me and the Cut segment of the omnibus feature Three…Extremes; Sympathy for Lady Vengeance, which won two awards at the 2005 Venice International Film Festival; and I'm a Cyborg, But That's OK, which earned him the Alfred Bauer Award at the 2007 Berlin International Film Festival. ... (more) (less)
Tags: Korean (4), Director (3), Asian (2), Writer (2), Producer (2), BestDirector (2), Born 1963 (1), South-korean (1), Oldboy (1), Not Best Director (1), The Best Director (1), Sympathy For Lady Vengeance (1), Sympathy For Mr. Vengeance (1)
My tags:

samira voted for an image 1 month ago

GigaBeer added this to a list 1 year, 5 months ago
Directors Directing (52 person items)

rarendra added this to a list 5 years, 1 month ago

hsallinen added this to a list 5 years, 2 months ago
My Favorite Directors (56 person items)

browser voted for an image 5 years, 3 months ago

dlamarr23 added this to a list 5 years, 3 months ago

editorofit added this to a list 5 years, 6 months ago
Producers Who Should Work With DC or Marvel (20 person items)

psow voted for an image 6 years, 8 months ago