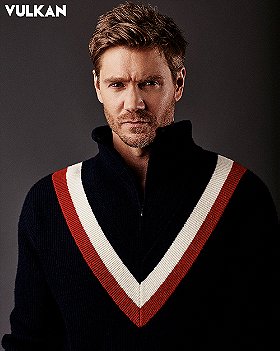 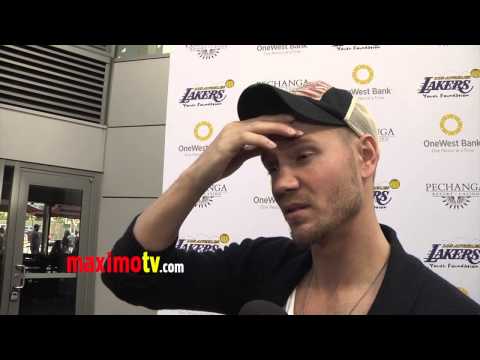 Two years later, Chad won a scholarship from a modeling agency in Buffalo to attend a modeling convention in Orlando. There he met his destiny when an agent from Los Angeles spotted him and persuaded the seventeen-year-old to pursue his dream of acting upon graduation from high school.

In 1999, the aspiring actor headed for Hollywood where he supported himself modeling for such clients as Sketchers, Tommy Hilfiger and Gucci while looking for a break. Soon after he arrived, Chad appeared in several guest-starring television roles including an episode of "Diagnosis Murder" (1993). Then he got the call he'd been hoping for. The WB's "Gilmore Girls" (2000) was casting for the role of Tristan DuGrey. They were looking for someone who was likable and charismatic but with an edgy side, and someone who had that certain "IT" quality. Chad was all that plus he had the perfect physical characteristics that the show's writers had in mind. The teenager won the role and has since made the character his own.

He admires the talents of actors Edward Norton, Leonardo DiCaprio, Al Pacino Robert De Niro and Sean Penn and uses their influences in his work. Always a firm believer in clean living, Chad is a natural athlete. He played his favorite sport, football, in high school and keeps fit by working out at the gym, in-line skating, playing soccer, volleyball and basketball as well as football pick-up games. He is an anti-drug role model for kids and is active in charities for children and teens during his spare time. Before he married Sophia Bush on April 16th, 2005, Chad had set up house with a pug named Gus and a unique boisterous cat named Jack, who kept him from missing his large family too much. ... (more) (less)
Tags: Actor (17), American (8), Male (8), Hot (5), Gilmore Girls (5), One Tree Hill (5), Dawson's Creek (4), A Cinderella Story (4), Comedy (3), Blue Eyes (3), Pretty (3), Freaky Friday (3), Born In 1981 (2), Iamzavtra (2), New York (2), Born 1981 (2), Mustard (2), Handsome (2), Awesome (2)
My tags:

Milos Davidovic voted for an image 7 months, 1 week ago

BrookeEvans posted a image 1 year ago

comfortsmile added this to a list 1 year, 11 months ago
My male rpg characters (114 person items)

matt added this to a list 2 years, 6 months ago
Most beautiful men on earth 7 (200 person items)

rose77 added this to a list 2 years, 9 months ago
My Favorite Celebrities in their 30s (49 person items)

aLittleTyger voted for an image 4 years, 2 months ago

buenaslistas added this to a list 4 years, 4 months ago
Database (410 person items)

WendyLorene voted for an image 4 years, 10 months ago

Evy added this to a list 5 years, 11 months ago
Interesting Men I Love (74 person items)

Rachel added this to a list 6 years, 1 month ago