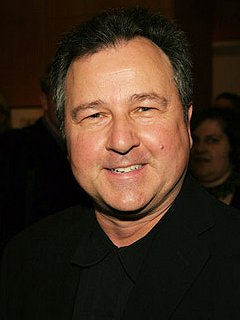 10 votes
The All-Star Cast of Tales From the Crypt (147 items)
list by diabolical dr voodoo
Published 10 years, 10 months ago

Other television appearances include Room 222, and the pilot episode of M*A*S*H, playing the character Boone (he has no lines). He also appeared in the 1974 Columbo episode "By Dawn's Early Light" alongside father Bruce Kirby.

Described by film critic Leonard Maltin as "the quintessential New Yorker or cranky straight man", Kirby displayed his talents in a series of comedies, typically playing fast-talking, belligerent, yet strangely likeable characters. His best-known roles include a colleague of Albert Brooks' film editor in Modern Romance, a talkative limo driver in This Is Spinal Tap, the jealous, comedically-impaired U.S. Army officer Lt. Hauk in Good Morning, Vietnam and a shifty assistant to Marlon Brando — a parody of his Godfather role — in The Freshman. Kirby balanced comedies with dramatic roles such as that in Donnie Brasco as a double dealing mobster.

Kirby and comedian Billy Crystal made a popular screen team in When Harry Met Sally... (1989) and City Slickers (1991). Both featured Kirby's character as the opinionated best friend to Crystal's character. However, Kirby refused to sign on for the sequel City Slickers II: The Legend of Curly's Gold unless script changes were made, and was subsequently replaced by Jon Lovitz.

3. This Is Spinal Tap

4. Happily Ever After: Fairy Tales for Every Child

milica added this to a list 4 years, 6 months ago

diabolical dr voodoo added this to a list 4 years, 9 months ago
The All-Star Cast of Tales From the Crypt (147 person items)