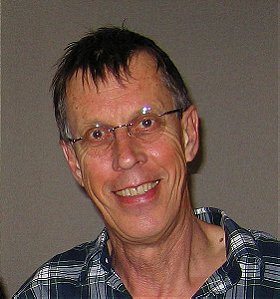 2 votes
My name is Logan (62 items)
list by BAMF
Published 9 years, 7 months ago

Genre audiences will recognize Spence from Dark City, The Road Warrior and Mad Max Beyond Thunderdome, the latter of which garnered him a nomination for Best Supporting Actor by the Academy of Science Fiction Fantasy and Horror Films.

His other film credits include The Matrix Reloaded, Queen of the Damned, Inspector Gadget 2 and Ace Ventura: When Nature Calls. His small screen roles have included appearances on series such as Moby Dick, Return to Jupiter, Dearest Enemy, Zucker, and Deadline.

Spence is also most notably seen in Lord of the Rings: The Return of the King directed by Peter Jackson, Peter Pan directed by P.J. Hogan and Star Wars: Episode III directed by George Lucas. ... (more) (less)
Tags: Australian (1), Actor (1), Legend Of The Seeker (1)
My tags:

2. Children of the Corn

3. Nightmares & Dreamscapes: From the Stories of Stephen King (2006)

1. Back to the Rafters

3. Nightmares & Dreamscapes: From the Stories of Stephen King (2006)

"Chum: A Completely Vegetarian Mako Shark who is friends with Bruce and Anchor.​"