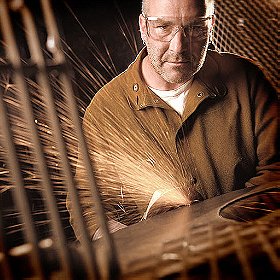 Moving to the U.S. in 1970, he worked in regional theater throughout America and joined the casts of the soap operas Somerset and The Edge of Night (at one point simultaneously playing opposite Kim Hunter there and as Osric opposite star William Hurt in a New York production of Hamlet). He went on to became a prolific guest star on such series as Murphy Brown, Melrose Place, ER, Nowhere Man, Wings, Chicago Hope, The Incredible Hulk, Airwolf Tour of Duty, Babylon 5 and many others, and played recurring roles on Star Trek: The Next Generation (as Admiral Chekote), Murder, She Wrote (as Ted Hartley, Jessica's harried publisher) and Showtime's Queer as Folk (as George Schickel). His movies and telefilms include My Big Fat Greek Wedding, Starship Troopers, The Peacemaker, For the Boys, Dragnet, My Family/Mi Familia, Roswell, The Exxon Valdez Story and Sinatra. He continues in theater, having won LA Weekly and Robbie Awards for his direction of the works of Joe Orton. ... (more) (less)
My tags: