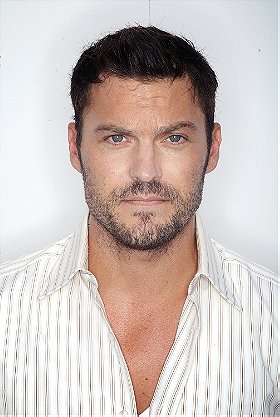 Plays the piano, drums and guitar.

In charge of his own production company "Brian Austin Green Productions".

Appeared in a commercial with fellow child actor Jason Marsden in the mid 1980s.

Is good friends with Jennifer Blanc and Michael Biehn.

Is a fan of scream queen actress Linnea Quigley.

Is of Irish, Scottish, Hungarian and Cherokee descent.

Although he and Megan Fox called off their engagement in February 2009, they got back together in April that same year.

The only other person present at his wedding to Megan Fox, besides the couple and the priest, was his son Kassius.

Leo added this to a list 4 months, 1 week ago
Dancing with the Stars participants (348 person items)

Darthmasco added this to a list 1 year, 9 months ago
Cancer (144 person items)

Milena voted for an image 3 years, 4 months ago

chloe51 posted a comment on this image 4 years, 2 months ago

chloe51 voted for an image 4 years, 2 months ago

matt added this to a list 5 years, 10 months ago
Most beautiful men on earth 6 (200 person items)