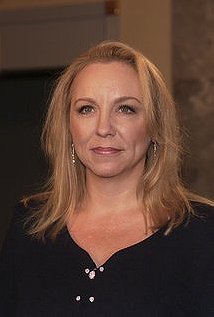 11 votes
The Funniest Female Comedians of All Time (104 items)
list by A.M.A
Published 6 years, 3 months ago

9 votes
50 Celebrities Who Have Been Homeless. (50 items)
list by OsamaExKing
Published 7 years, 7 months ago

Butler was born Brett Anderson in Montgomery, Alabama, the eldest of five sisters. Before experiencing success as a stand-up comic, she worked as a cocktail waitress.[2][3]

One of the first notable appearances for Butler was on Dolly Parton's ill-fated 1987 variety series, Dolly. Parton subsequently hired Butler as a writer for the remainder of the show's season, before it was canceled.

She was the star of the ABC television show Grace Under Fire from 1993–1998. In February 1998, due to her erratic behavior stemming from substance abuse, she was dismissed from the show.[4][5]

In 2008, Butler headlined at an arts fundraiser and spoke freely with a reporter about her depression, past drug addiction, television work and current life on a farm.[6] She also expressed interest in writing another book.[citation needed]
In October 2011, Butler appeared on The Rosie Show and reported being sober since 1999.
Beginning in June 2012, Butler appeared in a recurring role on the CBS soap The Young and the Restless playing ex-psychiatrist Tim Reed's girlfriend.
In June 2012, Butler also has a recurring role as the bartender at the restaurant that Dr. Charlie Goodson frequents in the FX show Anger Management starring Charlie Sheen.