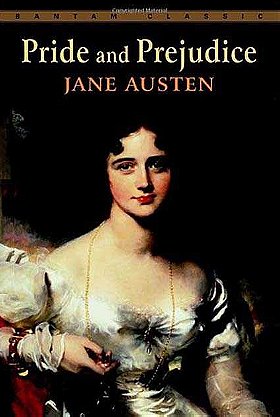 Moon River
i readied the book twice i can say it's more then fenomenal. It's a book a gladly recommed. The characters are perfect contured and is full of action. The way Austean describes their fellings is unique.

Saturn Loft
Good old uptight Darcy, one of the most enduring romantic heroes in fiction. This book started a persistent trend which has continued to this day, although the most recent incarnation of Darcy and Bennet has them battling zombies… Anyway, the original (and in my opinion the best) showcases Austen at her finest, lighthearted and reveling in the sparkling wordplay of her characters. Highly recomme... read more

“It's an entertaining novel, their characters are really charismatic, and it rhythm, although sometimes heavy, is apropiate. As a social critique it is an effective novel, as well as the fact that it is an easy novel to read and understand.

Nevertheless, It's not that deep. In general, given the setting in which the characters find themselves, there is a certain homogeneous thought that makes the characters incapable of reasoning outside of the central theme, which is love, fortune, status, reputation, etc. Making the characters feel pretty basic, though saving them for their ability to reason and their complexity of a range of emotions; Rarely is anything out of the ordinary mentioned. Although the novel usually points to some of the customs of the United Kingdom of the eighteent” read more

Infinityzaz added this to a list 2 weeks, 1 day ago
Books I have read + Rating (25 books items)

Agent Kermit D. Fonz added this to a list 5 months, 1 week ago

"Written by: Jane Austen Published: January 28, 1813 Publisher: T. Egerton, Whitehall Number of Pages: 279 “I declare after all there is no enjoyment like reading! How much sooner one tires of any thing than of a book! -- When I have a house of my own, I shall be miserable if I have not an excellent library.” "

PulpRoman added this to a list 2 years, 3 months ago

" Wow, just blown away by the characters, especially Elizabeth. I declare after all there is no enjoyment like reading! How much sooner one tires of any thing than of a book! -- When I have a house of my own, I shall be miserable if I have not an excellent library. A lady's imagination is very rapid; it jumps from admiration to love, from love to matrimony in a moment. There are few people whom I really love, and still fewer of whom I think well. The more I see of the world, the more am I di"

saratr96 added this to a list 2 years, 9 months ago
My Bookshelf (96 books items)

Stehako added this to a list 3 years, 7 months ago
Favorite Books of the 19th Century (63 books items)

Kandi voted for an image 3 years, 8 months ago

JxSxPx added this to a list 5 years, 5 months ago

"Has there ever been a more wonderful heroine than Elizabeth "Lizzy" Bennett? Witty yet sensible, fiercely principled yet vulnerable and kind. An independent thinker determined to marry for love. My parents liked her so much, they named me after her. Bring on Mr. Darcy!"

dctclibrary added this to a list 5 years, 8 months ago