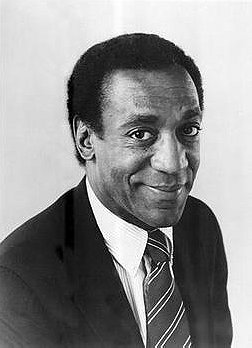 While working on Cosby, the comedian experienced a deep personal loss. His only son, Ennis, was killed in 1997, shot to death while changing a tire on his car on the side of a California highway. Around the same time, Cosby was caught up in a paternity scandal. A young woman named Autumn Jackson claimed that Cosby was her father and tried to blackmail him for $40 million, saying that she would go to the tabloids if she didn't get the money. She was arrested and convicted of extortion, receiving a 26-month prison sentence. (The conviction was later overturned and then reinstated.) Cosby admitted that he had a brief encounter with Jackson's mother, but he claimed he was not Autumn's father.

While coping with these difficult episodes, Cosby took on new professional challenges. He started a series of children's picture books featuring a character named Little Bill in 1997, which also became a children's TV program. A frequent speaker at commencement ceremonies, Cosby shared his advice in 1999's Congratulations! Now What?: A Book for Graduates. He took a serious look at the education system in 2000's American Schools: The $100 Billion Challenge, and paired up with his daughter Erika for 2003's Friends of a Feather: One of Life's Little Fables.


Awards and Return to TV

Cosby has received numerous accolades for his work, including multiple Emmy, Grammy, NAACP and People's Choice awards. He was also honored with the 2002 Presidential Medal of Freedom, the 2003 Bob Hope Humanitarian Award and the 2009 Mark Twain Prize for American Humor.

5. For Love of Liberty: The Story of America's Black Patriots
View all Bill Cosby TV (84 more)

3. More of the Best of Bill Cosby

4. To Russell, My Brother, Whom I Slept With

william maxey 83 added this to a list 6 months ago

"A year after the expulsion of Harvey Weinstein, similar allegations started coming to light about Bill Cosby. Over 60 women came forward to speak against the member of the Academy. He was also convicted of drugging and sexually assaulting Andrea Constand, an ex-basketball player, in 2004. He was expelled within a month just like Weinstein following the new rule made by the Academy after the latter’s expulsion. The rule says that the Academy would ban “people who abuse their status, power or "

william maxey 83 added this to a list 7 months, 2 weeks ago
People who have felt the wrath of cancel culture (54 person items)

omnivorousrex added this to a list 1 year, 6 months ago
Tribute...Black excellance (161 person items)

omnivorousrex added this to a list 1 year, 7 months ago
Controversy follow them wherever they go or say (39 products items)

Dj Levels added this to a list 1 year, 7 months ago

"Starring as Alexander “Scotty” Scott, Bill Cosby made history as the first Black actor to have a leading role in a television series with ‘I Spy’. The one-hour drama adventure series, which was Cosby’s first television role, ran for three seasons on NBC and earned him three Primetime Emmy Awards from 1966 to 1968."

Leo added this to a list 3 years, 6 months ago
Top 10 Once Loved Celebs Who Are Now Hated (10 person items)

PCA added this to a list 3 years, 11 months ago
Comediantes/comedians. (62 funny items)

Brian G added this to a list 4 years, 9 months ago

Dj Levels added this to a list 5 years ago
Comedians...Standup...Movie...Tv (261 person items)

Leo added this to a list 5 years, 11 months ago
Celebrities Whose Controversies Are Often Ignored (10 person items)

Queen of Horror added this to a list 6 years, 3 months ago
Guests on Sesame Street (216 person items)

Kandi voted for 9 images [View All] 6 years, 3 months ago