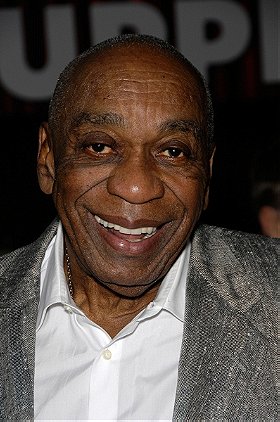 Cobbs was in Vegetable Soup (1976), a New York public television educational series, and he made his feature film debut in The Taking of Pelham One Two Three in 1974. Cobbs has an extensive film career and has appeared and been a regular on many television programs, including The Michael Richards Show, The Outer Limits, I'll Fly Away, Yes, Dear, The Sopranos, The Others, JAG, The Drew Carey Show, October Road, One Tree Hill, and many more. He had a recurring role as George, a blind grief-support-group member, in the TV series, Go On, which premiered in 2012.

In 2006, Cobbs played a supporting role in Night at the Museum as Reginald, a security guard on the verge of retirement. The character also served as an antagonist to the story. He played basketball coach and retired basketball player Arthur Chaney in Disney's Air Bud and Medgar Evers' older brother Charles Evers in Rob Reiner's Ghosts of Mississippi. He had a role in the Coen Brothers' The Hudsucker Proxy and played a jazz pianist in Tom Hanks' That Thing You Do.

1. Night at the Museum

Holy Godiva added this to a list 6 years, 10 months ago