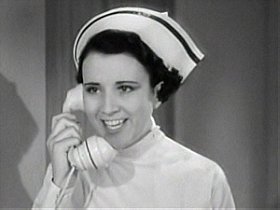 31 votes
The Ladies of Laurel and Hardy (63 items)
list by Holy Godiva
Published 8 years, 5 months ago

Born in Sherman, Texas, Flowers's movie debut came in 1923, when she appeared in a movie titled Hollywood. She made three movies in that year, and then began working extensively, with seven movies in 1926 alone. Most of her appearances are uncredited, as she generally played non-speaking roles.

By the 1930s, Flowers was in constant demand. Her appearances ranged from Alfred Hitchcock and John Ford thrillers to comedic roles alongside of Charley Chase, the Three Stooges, Leon Errol, Edgar Kennedy and Laurel and Hardy.

Along with actors Wallis Clark and Franklyn Farnum, she holds the record for the most appearances in movies which have won the Academy Award for Best Picture. She appeared in the following five Academy Award Best Picture winners: It Happened One Night, You Can't Take it With You, All About Eve, The Greatest Show on Earth, and Around the World in Eighty Days. In each of these movies, Flowers was uncredited. Including these five movies, she had appeared in twenty-one Best Picture nominees in total, which is another record high. Her last movie was Good Neighbor Sam in 1964.

Flowers's acting career was not confined to feature films. She was also seen in many episodic American TV series, such as I Love Lucy, notably in episodes, 'Lucy Is Enceinte' (1952), 'Ethel's Birthday' (1955), and 'Lucy's Night in Town' (1957), where she is usually seen as a theatre patron.

gloriajitters voted for 6 images [View All] 1 year, 4 months ago

Rayanna Thompson voted for 24 images [View All] 1 year, 4 months ago

deannelover20 voted for 6 images [View All] 1 year, 4 months ago

Ella Reed voted for an image 1 year, 7 months ago

Ella Reed voted for an image 1 year, 11 months ago