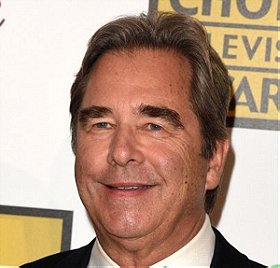 9 votes
The All-Star Cast of Tales From the Crypt (147 items)
list by diabolical dr voodoo
Published 8 years, 10 months ago

Although only 5'10", Beau played basketball for UCLA his freshman year. The following year he transferred to the University of Hawaii, but dropped out to pursue acting and got his first major role in 1967. During his first marriage to Julie Landifield, they adopted Casey Bridges and then had Jordan Bridges. He and his second wife, Wendy Treece Bridges, have three children from this marriage: Dylan Bridges (born 1985); Emily Bridges, (born 1987) and Ezekiel Jeffry Bridges.

3. Secret Sins of the Father

3. Secret Sins of the Father

Magdalena added this to a list 1 year, 4 months ago
Actors (older) (812 person items)

diabolical dr voodoo added this to a list 2 years, 9 months ago
The All-Star Cast of Tales From the Crypt (147 person items)

Leo added this to a list 3 years, 9 months ago

Actors With Most We Hate Movies Appearances (409 person items)