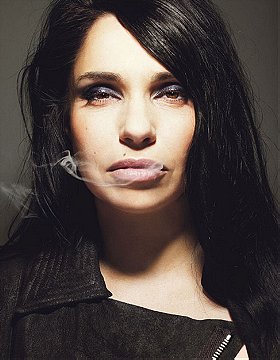 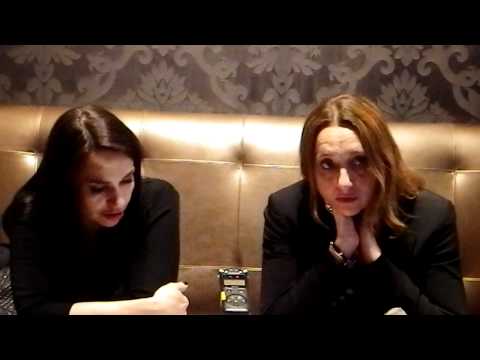 At fourteen, Béatrice Dalle exchange Le Mans , the city where she grew up, in Paris. Made anonymous through an icon punk , was eventually noticed by a photographer who convinced her to pose for the magazine "Photo". The photos published arouse the interest of the agent Dominique Besnehard artists. This offers you, in 1985, to play opposite Jean-Hugues Anglade in the film 37 ° 2 le matin of Jean-Jacques Beineix . In the role of Betty impetuous, Béatrice Dalle contributed to the international success of the film.

However, in the same year, she married the painter Jean-François Dalle , which had divorced three years later (before his suicide), but who will keep the nickname.
If, at the beginning of his career, he guessed that if she were to essentially use their fri-appeal , ends up imposing, little by little, his whole character by renowned filmmakers like Jacques Deray , Jim Jarmusch , Jacques Doillon , Claude Lelouch and Abel Ferrara.
His career has been repeatedly interrupted due to problems with the law, for petty theft and possession of narcotics.

Dalle was born in Brest, Finistère, France, as Béatrice Cabarrou. In 1985 she married the painter Jean-François Dalle but they divorced in 1988.

She was working as a model when she met filmmaker Jean-Jacques Beineix. Beineix cast her in the lead role in the 1986 film 37°2 le matin (later released in the United Kingdom and United States under the title Betty Blue). She went on to appear in a series of major roles in French films, including the 1989 film Chimère, which was entered into the 1989 Cannes Film Festival.
She is seen in a feature role in the 1991 music video "Move To Memphis" by Norwegian band a-ha.
She made her debut to American audiences in Jim Jarmusch's Night on Earth in 1991. In 1997, she was cast in The Blackout, her first film made in the United States.
In 2001, Dalle appeared in the controversial film, Trouble Every Day, in which she played a cannibal. More recently, she starred in À l'intérieur, in which she played a cruel psychopath stalking a pregnant woman.
Dalle was arrested in 1991 for stealing jewelry in Paris; she received a fine for assaulting a traffic warden in 1998; she was also arrested in Miami in 1999 for cocaine possession.
In January, 2005, while making a film about prison life in Brest, Dalle met Guenaël Meziani, who was serving a 12-year prison sentence for assaulting and raping his ex-girlfriend. She married him after 24 one-hour visits with him, and spoke on his behalf at hearings for his early release. According to the newspaper Le Parisien, in May, 2009 just weeks after he was given a conditional release for good behavior, police were called to her flat in the Marais district of Paris because of a violent dispute in which Meziani allegedly threatened to kill her.

lovedriver voted for an image 1 year ago

emerica voted for an image 1 year, 5 months ago

Minerva13 voted for an image 1 year, 8 months ago

milica added this to a list 2 years, 2 months ago
My Favorite Actresses (112 person items)

SomeBloke voted for an image 2 years, 9 months ago

perod voted for an image 2 years, 10 months ago

francepaulette voted for 8 images [View All] 4 years, 7 months ago

Xylazine89 voted for an image 4 years, 7 months ago

tinachristina voted for an image 4 years, 7 months ago

babyjeanne voted for 21 images [View All] 4 years, 11 months ago

shanadee voted for 8 images [View All] 4 years, 12 months ago

ciollini voted for 58 images [View All] 5 years, 1 month ago

sahe voted for an image 5 years, 1 month ago